Analysis of The Great Debate 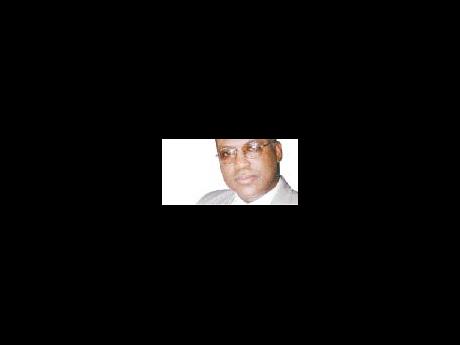 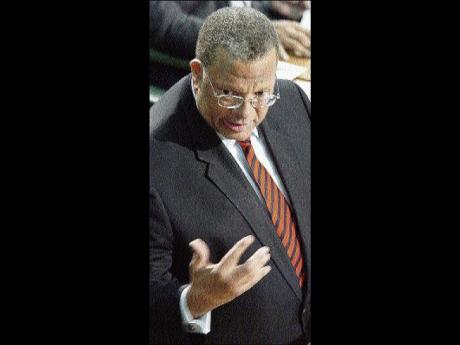 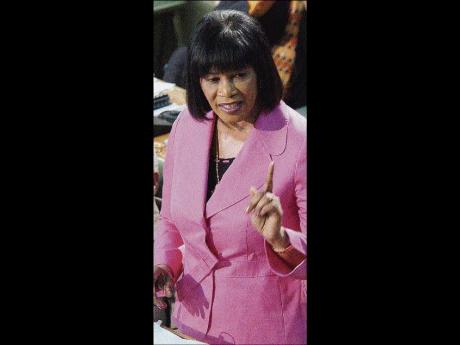 The Great Debate has come and gone. As I had predicted, the People's National Party (PNP) went to town with its charge that the Government had grossly underestimated and catastrophically mismanaged the global economic crisis; had fumbled technically; botched the Budget process and had conceived a debt exchange programme which was far from perfect, despite accolades from the financial sector.

As I had predicted, too, the PNP did not outline any broad alternative to the Jamaica Labour Party(JLP)-International Monetary Fund (IMF) path which we are now pursuing. The party forcefully pointed out defects and deficiencies, warned of pitfalls and blind alleys, but did not chart a clearly identifiable path out of the crisis and to the economic Promised Land.

But that is not necessarily a criticism, for it is far better to offer a variation on a theme with which you are in general support, than to pretend that there is some other path you know of, which really leads nowhere.

The PNP could have irresponsibly touted some grand populist notions, recklessly espoused some 'alternative path' similar to the pipe-dream Emergency Production Plan which the University of the West Indies left dreamt up for Michael Manley in the 1970s. The PNP is mounting no opposition to Jamaica's engagement with the IMF, nor is it carrying out any polemic against that institution, interestingly. All the presentations I heard were, in the main, sober, thoughtful and cognisant of the global realities and local economic constraints which we face.

Thanks to the PNP's super-efficient public relations machinery, I was able to get the texts of the addresses of its main presenters; some of whom I had heard live. Unfortunately, I missed the prime minister's and the minister of finance's presentations.

The PNP, I think, delivered a creditable performance. You have to judge the presentations not only by what was said, but by what was not said. It was clear to me that the party made an effort not to be irresponsible or crudely propagandistic. (Now I did not hear all the presentations so can only comment on the presentations by Peter Phillips, Omar Davies, Peter Bunting, Lisa Hannah and Opposition Leader Portia Simpson Miller.)

Peter Bunting displayed his grasp as an investment banker in focusing his attention on the Jamaica Debt Exchange Programme. He raised some interesting questions about the programme which, if they were not answered by the minister in his closing, should be addressed at some point. It is good to have a debate where serious issues are raised - issues of real import - rather than where mere shadow boxing takes place.

Last Tuesday's debate was, I believe, a genuine attempt to grapple with the issues. Yes, there might have been some unfortunate exchanges between the two sides, but we should not let that force us to overlook the general quality of the debate.

If you expected the leader of the Opposition to be just polemical and to speak viscerally about the poor and oppressed, you would have been mistaken. She did raise the now-familiar cries about the plight of the pensioners due to the debt exchange - a theme carried by a number of the PNP debaters - but the Opposition leader did more than that. She perhaps surprised many by pulling quotes from the IMF itself, in effect, to commend her own economic stewardship in contrast to the last two years.

The Opposition leader was delighted to quote from an IMF Article Four Consultation on Jamaica in May 2007 which said, "Jamaica's economy is estimated to have achieved its best growth performance in over a decade during 2006/07."

She went on to give another quote from the IMF saying that "inflation has fallen significantly. Annual consumer price growth fell to six and a half per cent at the end of fiscal year 2006/07, compared to nine and a half per cent and a recent high of nineteen per cent in September 2005". So inflation was high under P.J. Patterson and has slipped under Bruce, but it moderated under Sista P! She didn't have to say it. There was another choice quote from the IMF praising Jamaica's economic stewardship under then Prime Minister Portia Simpson Miller. There were "increased exports, alongside robust tourism receipts and remittances ... Capital inflows enabled a sharp build-up in net international reserves ... They currently remain broadly at historical highs".

Then came the punch line from Portia: "The content of the Letter of Intent, the medium-term economic programme and all the supplementary data show that, over the last two years, the economy has plummeted. Now the Government is trying to bring it back to where the previous administration left it."

This was a constant theme in the presentations: The Golding administration, by its own best projections will, if successful in its medium-term economic programme, take the economy below the level it found it in September 2007.

Of course, what is disingenuous about the PNP's new mantra about the JLP's economic performance since 2007 vis-a-vis theirs is the fact that the Golding administration has had to weather the most severe economic storm in over 70 years. It's not comparing apples with apples, though the PNP charges that the administration mismanaged the crisis. It would not hurt the PNP if it at least acknowledged the severity of the crisis and the impact it has had on even those countries which did acknowledge early its severity.

There is one part of the Portia speech which should never have been allowed in. Point-scoring is one thing but outright misrepresentation is totally unacceptable. The Opposition leader made this stunningly and patently untrue statement: "During this period, the external markets were not closed to the PNP administration. The external markets are now closed to this Government because they have failed to show to the world that they have a vision for the development of this country and that they can manage the financial affairs of the country in a way that will give investors confidence." No, Portia, that is not why the external markets are closed to us.

Portia ended on the right patriotic note, addressing Jamaicans directly and encouraging them to summon courage to "fight the good fight" and to unite around their families, loved ones and communities. "Together we will survive. Together we will overcome," she said movingly. She could have ended on a partisan, polemical note, but instead, she chose a conciliatory tone. Very commendable.

Omar Davies, as usual, did his homework and delivered a thoughtful and engaging presentation. I would have loved to have heard the finance minister's reply, but did not in time for this column. For Davies raised issues which need responses.

The presentation which really stood out for me was the one given by Peter Phillips. Peter Phillips is sounding more like the Bruce Golding of the National Democratic Movement (NDM). If he continues to play to the independent-minded, non-partisan, non-tribalistic elements in the society - which constitute the majority - he will be a formidable political force.

I think Peter Phillips has sensed that people are fed up and disgusted with tribal, partisan politics and its divisiveness. He senses that there is a new nationalism which people are yearning for. I think he wants to become the symbol and voice of reason and balance for that sizeable constituency drained by cultic, tribal politics. The first thing people are looking for from political leaders is honesty and humility. Peter Phillips did a remarkable thing in Parliament on Tuesday. He criticised not just the JLP but his own administrations for contributing to this debt crisis in which the country has found itself.

"Jamaica has missed numerous opportunities to make necessary adjustments because of the politics of opportunism," Phillips said bluntly in the House with his party colleagues surrounding him. He said the country failed to adjust to the oil shocks of the 1970s (when Manley was in power) as well as those of 1999 (when P.J. was in power) and in the late 2000s when Portia was in power. Then, in response to a voice from the other side, he said that he himself accepts responsibility for his part in the state of the country.

"I am prepared to admit that administrations drawn from both political parties over the years contributed to the accumulation of the national debt and that this debt is now unsustainable." Many wish to hear the same thing from Omar Davies.

But he raised another important issue - an issue also addressed commendably by Lisa Hanna - the role of the state in development. This is where the discussion needs to go: what, outside of monetary and fiscal policy measures, needs to be done to foster economic development, which must include balanced social development? Phillips rightly pointed to "many social and infrastructural deficits" holding back Jamaica's economic development.

He then called for "a different approach to government and politics", one that "emphasises co-operation and collective endeavour rather than division and partisanship", where we "adopt the tones of humility and tolerance and not yield to the traditional impulses of bombast and abusiveness rooted in excessive tribalism of the past".

Phillips is reading the pulse of this nation right and I would urge other politicians to follow him quickly before he gains an exclusive following - to their detriment. This period calls for increased co-operation, collaboration, partnership consultation and unity. We must continue the debate on our economic and social future.

The prime minister gave the PNP the time they wanted to prepare for this debate and they have, in the main, used the time well. They have raised good questions, asked for clarification of important issues and put some crucial things on the table. Let a hundred flowers bloom. It is through the cut and thrust of debate, dissension and dialectics than a new synthesis will emerge.

Phillips ... wants to become the symbol and voice of reason and balance for that sizeable constituency drained by cultic, tribal politics. - file photos