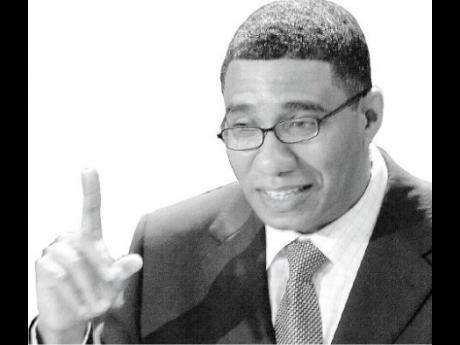 Holness: Students should be mindful of the difficult fiscal circumstances of the country. - File

THE GOVERNMENT has agreed to consider, for the next financial year, a programme of support for tertiary students in dire financial distress and at risk of deregistration.

Students qualifying for this programme would be determined by means testing and on the recommendation of the institutions, the Ministry of Education has said.

Minister of Education Andrew Holness promised to consider the support plan after some tertiary students voiced concerns about possible increase in their tuition fees.

A group of University of West Indies (UWI) students last week said the decision by the Government to freeze subsidies to tertiary institution as a condition of accessing a US$1.2-billion standby loan facility from the International Monetary Fund (IMF) could adversely affect their ability to afford tertiary education.

In a statement issued on Friday, Holness said the tertiary-support programme would not mean an increase in the Budget. He said money would to be reallocated from elsewhere in the allotment to education.

The minister also reassured students of the University of Technology (UTech) and UWI that the Government is targeting to maintain its subsidy to tertiary institutions at current levels, as indicated in the letter of intent to the IMF.

Holness said the target was based on the best projection of revenues and that students should be mindful of the difficult fiscal circumstances of the country.

"The Government has already indicated that in keeping with the target of maintaining our subsidy levels, we are expecting the universities to maintain their fees at current levels, with adjustments for inflation only where necessary," he said.

Meanwhile, as it relates to the fees that will eventually be charged to students, Holness said the universities, through their internal processes and with consultation and reference to the Government and its contribution, will set the exact fee levels.