My concerns about the JDX 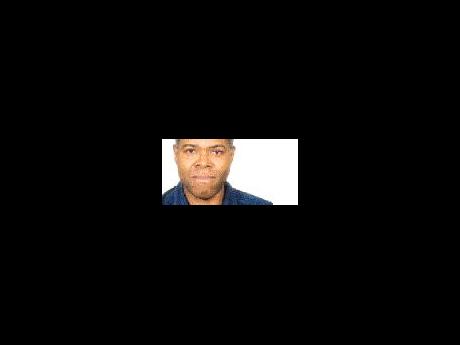 I'm not going to blame the Government's bonds debacle on any one political party. I'm blaming it on entrenched, poor financial management, lack of foresight, autonomous decisions by empowered so-called 'experts', lack of proper oversight and a pernicious absence of accountability. Unless governments are run like efficient private-enterprise firms that are held responsible by their shareholders, they are doomed to make grave errors.

Allegorically, when the music stopped, the Bruce Golding administration was left standing with no available chair to sit on. Therefore, I fully appreciate the dire need to reduce the interest payments on government bonds, but several aspects of the exercise concern me.

Although the Jamaica Debt Exchange (JDX) was announced as an 'invitation' to 'voluntarily' accept the exchange of old bonds for new ones, at much lower interest rates over longer periods of time, the critical need for a 100 per cent compliance to satisfy the International Monetary Fund (IMF) stipulations/preconditions for loan was subtly coercive. The mad rush, multiplicity of new bonds, afterthought issuance of one short-term retail option and long lag-time for credible information all led to anxiety and misinformation.

A senior economist (in the Debt Management Unit, Economic Management Division, Ministry of Finance and the Public Service), reiterated that participation was absolutely voluntary and that the Government would honour its obligations based on the original agreement for those who chose not to participate. However, in spite of official assurance, bond holders were led to believe that non-participation would result in some sort of (yet to be decided upon) financial penalty to level the playing field.

We were told that the new bonds were meant to reduce existing high interest rates and save the Government $40 billion per annum when, in fact, the primary reason is to save the Government money and the secondary (albeit, nevertheless necessary) reason is to reduce interest rates. What troubles me is that (notwithstanding private competition) the low-risk element of government bonds should never have allowed them to go as high as 25 per cent at one point. Furthermore, what was the Government investing in to sustain that rate of payment to bond holders? Were the high returns on bonds simply lures to obtain quick investments (read 'loans') until other external loans were acquired to repay them?

Low-risk investments traditionally carry low rates of returns, but our bonds were the exception. There was a move afoot to slowly bring down those high rates of interest - it crept down from 25 per cent to about 17.5 per cent, but that obviously wasn't enough.

Government bonds are supposed to be as good as gold - reneging on them indicates catastrophic economic failure. Bearing this in mind, will we hear another apologetic speech in the future?

Another serious concern of mine is the general impression given that government bond holders are rich and perhaps greedy - nothing could be further from the truth. Many people sacrificed, saved for years and trusted the Government. Consequently, they moved around their investment(s) (sometimes on the advice of investment institutions) to a more (assumed) secure and/or higher yield product.

Many had immediate plans for matured bonds. Additionally, pensioners (a growing population incurring significant and varied bills) are already subsisting on meagre incomes often subsidised by caring relatives. They have good reason to fret because many depend on interests earned. Given the prevailing (and predicted deteriorating) financial atmosphere, the new (much lower) interest gained will be surpassed by imminent spiralling inflation.

We need much better forward and pre-emptive planning, more transparency and far more accountability. I hope we learn from our mistakes.