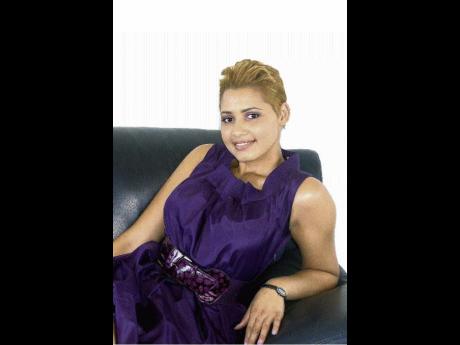 Every little girl has dreams, and at 28, Cindy Lyons just had one of hers come true.

On January 8, she found out she was the winner of Pulse's first full- figured model reality television series. It was something she always wanted to do but her mother was against it because of the stigma often attached to the modelling industry, and she was from a religious background.

"I always believed I had potential and, if I went to the gym and exercised, I could get to the required size zero. It was something I wanted to pursue but I never pursued it passionately," said Cindy, noting that she was overweight as a child, and being healthy was always her number-one priority. "At age eight, I weighed 120 and have been diabetic since age nine, so being healthy is very important to me."

At 5' 91/2 inches tall, weighing 175 pounds, she was told by another modelling agency that she was definitely not model size.

In 2008, Pulse International introduced a full-figured dimension to its annual Caribbean Model Search. After the live show, the response was overwhelming, and that was the birth of the reality series.Lyons heard about the competition on the final day of auditions. She went in, auditioned and was selected.

"I was elated. It was an opportunity to do something that I've always wanted to do, and embrace my curves, just be myself. There (in the modelling industry) is this stereotype of beautiful which is not reality."

Full-figured models are selected based on their vital statistics and start at 44-inch hips. With measurements of 38,32,44, Lyons comes in on the bottom end of the spectrum, but was never doubtful of her chances. "I came in knowing I had a good chance," she told Flair, noting that she never thought the title was hers, as she got both positive and negative comments from the judges.

Lyons' model experience was limited to placing second in Miss Westmoreland 10 years ago. Now she is being fully immerse, in the modelling industry. Two weeks ago, she modelled in her first fashion show at the Jamaica Stock Exchange's annual conference. "It was very exciting for me. Carla Campbell was there and we were on the same runway; I was having fun." This year's Caribbean Fashion week can be seen as the full induction for Pulse's full-figured models. An executive assistant at an ITC company in Kingston, Lyons says she sometimes has to mentally pinch herself. She found out she had won with the rest of Jamaica while watching the finals on January 8, on CVM television.

For a child who wanted to be a doctor who models, sings and acts, Lyons can mark one off her list as she explores the fashion industry. Now that she has made it, she wants to see full-figured women embraced. "I would want every agency to have a fleet of full-figuredmodels models of every size; tall or short to show the different types of beauty."

Her ultimate goal, like most models, is to do runway in Paris or Milan, the proverbial fashion capital of the world.

"Although plus-sized models are introduced in the industry, they are used mostly for commercial modelling; but they can do high fashion. It would be nice to be one of the first Jamaicans to do that."