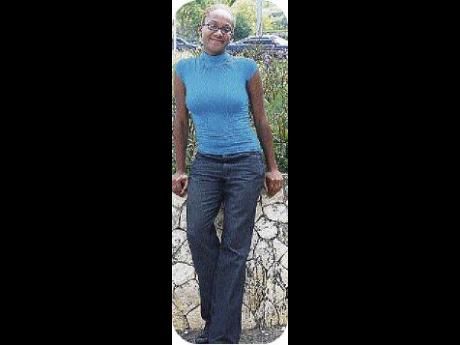 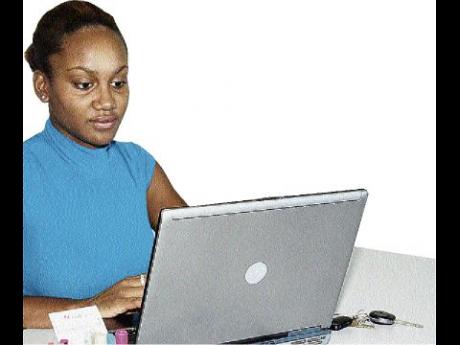 For Astarte Daley, failure is not an option. - photos by Janet Silvera

Astarte Daley is a lecturer by day and a graphic designer by night. After spending eight years in the United States, Daley knew it was time to return home.

"After being away for eight years on my own,I just needed to come home, I wasn't happy. Life is really hard when you are in a foreign country by yourself," she told Flair during a telephone interview.

Daley, 26, returned home in July of 2009. "I had no idea what I was going to do when I came back," she said. Her sister, who was attending the Western campus of the University of the West Indies in Montego Bay, told her about a new programme the University was introducing - Digital Media Production. This was right up her alley. She applied for a teaching position and the job was hers, lecturing first-year students.

"Right now, because it's a new programme and I have first-year students, I have a limited number of classes, so I teach part-time.

"Teaching is great. I like sitting down and teaching them a new concept and seeing when they have that 'aha' moment, when they get it. It's fulfilling to see them grow and watch the growth process." Daley's life plan has come full circle sooner than she had planned. "Teaching at the university has been my lifelong goal. From I was in high school I would tell my friends that, when I am 40, I would retire from the corporate world and teach at the university."

Daley has always been ahead of herself. Graduating from Holy Childhood high school in Kingston at 17, she immediately went on to university, completing her Bachelor of Arts in communication and linguistics at Luther College in Decorah Iowa, in three years instead of four. Each semester, she completed 18 credits instead of the required 12 or 15. She then went on to do her post-graduate degree, receiving a Master of Arts in Publication Design at the University of Baltimore.

In spite of settling in quickly after her first semester, she had a terrifying first day.

"I was terrified, probably afraid I would fail or something. Once you go and show that you know what you are talking about, it makes it easier, especially if you don't look down at the students," said the lecturer, whose next goal is to attain a doctorate in communications. This she may achieve by the time she's 30 years old but, for now, she is focused on conquering the classroom.

Daley is from an artistic family. Her mother designs for fun, her father is a graphic designer, her sister is following suit and her younger brother shows similar inclination. "I never thought I would be in graphic design. I thought maybe public relations. At the end of graduate school, I realised that I really liked design. I had done business communication but not much graphics."

Now that she has shifted gears, there is no limiting this ambitious young woman, who strives to be the best at everything she does, including being the best designer. "Being a good designer doesn't come overnight. When you find out who you are as a designer is when you go through that process (of finding out who you are.) Seeing your personality in your design is the sign of a good designer."