Claudette Christie: Marking a milestone with the Credit Union League 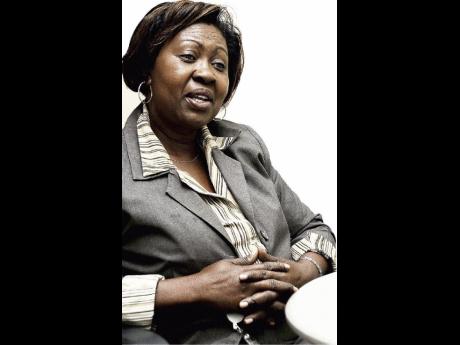 Claudette Christie has made the Jamaica Cooperative Credit Union League her home away from home. - Norman Grindley/Chief Photographer

Ten years ago the radio feature, 'Your Credit Union Today' was born and, since inception, Claudette Christie has spearheaded its voyage.

Christie's involvement with the programme began when she joined the Jamaica Cooperative Credit Union League in 1997. Stemming from her background in journalism, she was asked to do the programme. She did a pilot, pitched it to the radio station, and they loved it. Since then, the programme, now celebrating its 10th anniversary, evolved into a household name is aired on a local radio station weekly.

The programme is produced by Today Money Limited, and each week they select a theme for the programme and focus on topical issues related to the theme. Thus, that alleviates certain challenges with the job. In addition, Christie pointed out that she works with a very efficient team. She noted, however, that there is some amount of challenge in finding guests who are experts in their field to speak on particular issues, without running the risk of having them on the programme repeatedly.

It was mostly by chance that Christie ended up where she is currently, as she had no aspiration of doing anything than being a store attendant, as she recalled. The now very ambitious woman grew up in Clarendon, but moved to Kingston to live with her aunt when she was 12 years old. By age 15, she ran away and went to live with her elder sister, Pearl Christie, at Waltham Park and, at 18 years old, she went to live on her own.

She joined the National Youth Service programme, earning $50 monthly, from which she paid rent and living expenses. Shortly after, she got a job at North Street Primary. One day the principal told her: "some teachers are born and some are made, and you are a born teacher." She then asked me if I wanted to go to college. But at the time I had no interest in college; all I dreamt of doing was to work in a store," recalls Christie with a smile.

She admitted that she admired the women who worked in the stores because they looked very stylish. "I don't know why it appealed to me so much at the time; maybe it was because I love, fashion and clothes." But, she took her principal's advice and went to Shortwood Teacher's College.

Her first job after college was at the then Shortwood Practising School, now Shortwood Primary and Junior High, as a teacher of English language and literature. Her stint there lasted eight years, then she moved on to complete her bachelor's degree in education at the University of the West Indies in 1988. She was, and still is, an avid newspaper reader. She told Flair she was surprised at the many errors in the paper. So one day, she went for a meeting with the editors and told him she could help him limit the number of errors in the paper. He asked her to proof a copy, he was impressed with her skills and asked her to start immediately. She started out as a proofreader and by the time she parted company, she was an editor. She moved on to the then Jamaica Broadcasting Corporation (JBC) where she moved up the ranks to editor of radio news. After five years at JBC, she was looking to make some money for the Christmas season so she took a job with the credit union league. Thirteen years have passed, and the league has become her home away from home.