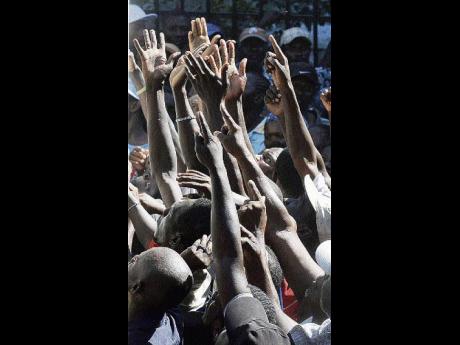 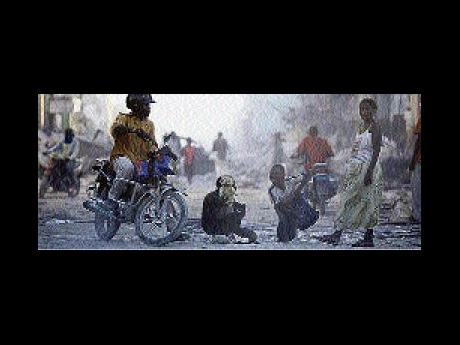 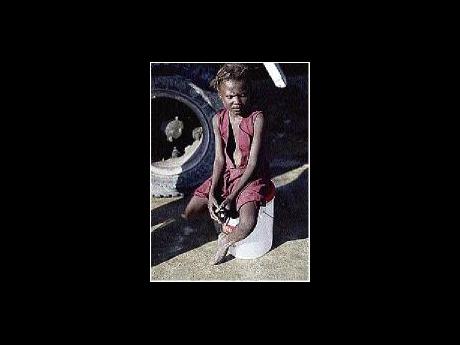 The 79-year-old woman with a 55-pound bag of rice perched on her head gingerly descended concrete steps Sunday and passed it off to her daughter-in-law, who quickly disappeared behind the faded leopard-print sheets that are the walls of their makeshift home on the crowded turf of Haiti's National Stadium.

That personal victory for Rosedithe Menelas and her hungry family was a leap forward, as well as for the United Nations (UN) and aid groups that have struggled to help two million people who need food aid after the January 12 earthquake.

Under a new targeted approach to aid, Menelas and thousands of other women across Haiti's capital no longer have to battle with men at food handouts that in recent days have been chaotic and dangerous scrums.

"Every time they give out food, there's too much trouble," said Menelas, collapsing into a small wooden chair as two grandchildren quickly scrambled into her lap. "Today, we finally got something."

UN officials say they are still far short of reaching all of the quake victims estimated to need food.

The UN World Food Programme (WFP) and its partners, including World Vision, borrowed an approach that has worked in other disaster zones. The agencies fanned out across Port-au-Prince, distributing coupons to be redeemed for bags of rice at 16 sites. The coupons were given mainly to women, the elderly and the disabled.

Men could redeem coupons for women who were busy taking care of children or who otherwise could not make it.

"Our experience around the world is that food is more likely to be equitably shared in the household if it is given to women," WFP spokesman Marcus Prior said at the stadium, now a sprawling encampment of families left homeless by the quake.

Officials targeted women because they are primary caregivers in most households and are less likely to be aggressive on aid lines.

Chery Frantz, a 35-year-old father of four who lives in a ravine near one distribution centre, said men were more likely to try to sell the donated rice.

"Women won't do that because they're more responsible," Frantz said.

Bags of rice will be given out daily for the next two weeks to hold the city until longer-term food efforts could take hold. Workers are handing out 1,700 rations daily at each location. Each bag is intended to help feed a family of six for two weeks with about half the calories they need each day.

Yesterday, doctors also skirted the US military's suspension of medical evacuation flights by flying three critically ill child victims of Haiti's earthquake to US hospitals on a private jet.

A five-year-old tetanus victim, a 14-month-old boy with pneumonia, and a baby boy with third-degree burns were sent to Children's Hospital in Philadelphia by the Boston-based aid group Partners in Health.

The US military had stopped medical evacuation flights last Wednesday because of apparent concerns over where to put the patients and perhaps over how to pay for them.

The US Army Corps of Engineers has been asked to build a 250-bed tent hospital to relieve pressure on the US Navy hospital ship Comfort and on Haitian facilities where earthquake victims were being treated under tarpaulins in hospital grounds. Several Port-au-Prince hospitals were damaged or destroyed.

An effort to help other Haitian children led 10 US Baptists into the arms of police when they were caught trying to bus 33 children to the Dominican Republic. They acknowledged they had not got permission from Haitian authorities. They were being held without charges yesterday.

The church members, most from Idaho, called it a "Haitian Orphan Rescue Mission" to save abandoned children in the disaster zone. But they put themselves in the middle of a political firestorm over fears that overly quick adoptions could permanently separate children from missing parents - or that traffickers may be exploiting the quake to seize and sell children.