Talk to kids about Haiti's quake 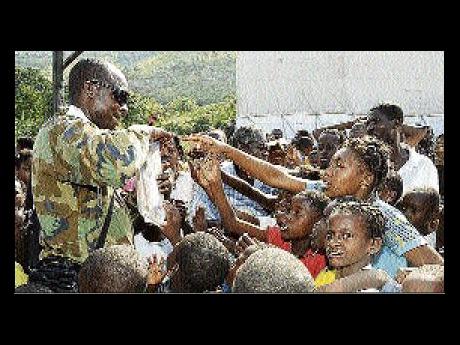 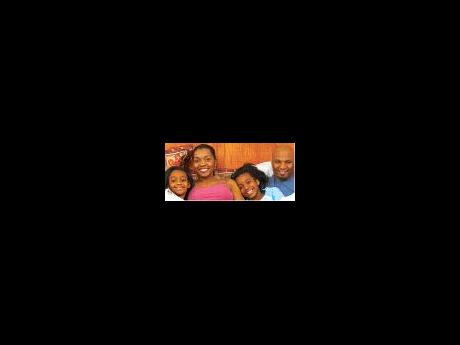 These Haitian children can't wait to get their hands on what this Jamaica Defence Force soldier has to give out. As has usually been the case in the last two weeks, there will not be enough - Ian Allen/Photographer

Anyone with at least minimal exposure to the media, is aware of the devastating earthquake that struck Haiti on Tuesday, January 12, and children are no exception.

Children, through seeing the images on television, hearing discussions around them or listening to broadcasts on the radio, have been made aware of the disaster and experts believe that it is important for parents to discuss tragedies and disasters such as this, with their children.

Dr Grace Kelly, chairperson of Behavioural Sciences at Northern Caribbean University and president of the Jamaica Association of Guidance Counsellors, believes that discussions with children are necessary in times of disaster. She told The Gleaner that children need to be made aware of natural disasters and the fact that no one can prevent them. She also said it was important for children to be taught basic precautionary measures.

Shielded from some images

Dr Kelly, however, stated that children, especially younger ones, should be shielded from graphic images.

"As far as is possible, they should be shielded, as these images may reside with them for a long while. But again, shielding is relative, as a parent may not allow a child to view certain pictures at home, but they may go to a neighbour and see it. Parents should just keep a balanced approach to their discussions and as much as possible, heed television advisories that warn of graphic images," she said.

Jon Ryland, a parent of three children, aged four, eight and nine, told The Gleaner that his children were very aware of the Haitian disaster. He said discussions at school had taught them a lot about this particular disaster as well as earthquakes in general, and had also piqued their interest to help.

"They came home and told me about their discussions and said they wanted to take things to school for the relief efforts. They were excited about making their contributions," he said.

He said his children, especially the eldest, expressed grave concern about the plight of the Haitians and had questions about what would be done to help them. He said, "I just try to assure them that the relief efforts are underway and I explained that there are challenges in that country and I tell them about the historical background."

He said as much as possible, he tries to prevent the children from viewing disturbing images, such as those of bodies along the streets.

She said children should be told that in cases of disaster, we simply need to prepare and ask for God's guidance.

She said the details that are shared with a child about a disaster depends on the child's age, and advised parents to start the discussion by feeling out their children to see what they already know and then to proceed by providing honest, realistic answers.