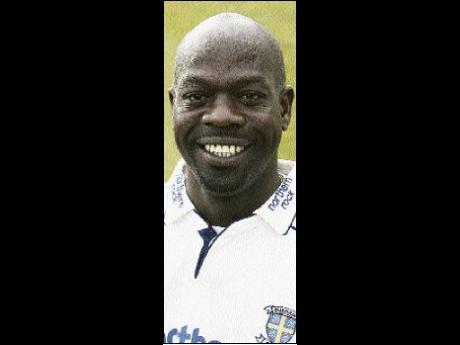 While West Indies Cricket Board (WICB) chief executive Ernest Hilaire said late Saturday that no decision had been made on a candidate to fill the vacancy, he revealed the board were in discussions with an individual and were currently in the "final stages of negotiations".

"We expect to make an announcement early next week," Hilaire told CMC Sports.

However, the London Telegraph said Saturday Gibson was set to leave his current post and England's players had already been informed of his departure.

The Telegraph said details of the deal were still being worked out but Gibson would not be travelling on England's six-week tour of Dubai and Bangladesh next month.

Earlier this month, the England and Wales Cricket Board denied media reports Gibson was leaving to join the West Indies set-up.

The 40-year-old Gibson joined the England staff in 2007, after flirting with the then vacant West Indies head coach position. Former Australia Test opener John Dyson was subsequently appointed to the position.

Gibson has spent the last two years working with England's fast bowlers and has been widely credited with aiding their improvement. He subsequently oversaw their triumph in the Ashes last summer, when England beat Australia 2-1 in the five-Test series.

He also watched as England almost carved out a series win against South Africa earlier this month, before losing the last Test to finish with a 1-1 draw in the four-Test rubber.

Gibson also presided over England's clean sweep of the two-Test series against West Indies last year, following the 1-0 defeat in the five-Test series, just weeks earlier in the Caribbean.

The Barbadian played two Tests and 15 One-Day Interna-tionals but his career was largely as an itinerant professional, playing for Border, Griqualand West and Guateng in South Africa and Durham, Glamorgan and Leicestershire in England.

Former West Indies wicketkeeper David Williams has been in charge of the squad since Dyson's departure and is currently leading the side on the one-day tour of Australia.

"We expect to make an announcement early next week," Hilaire told CMC Sports