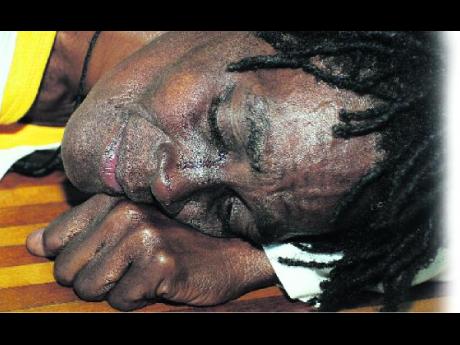 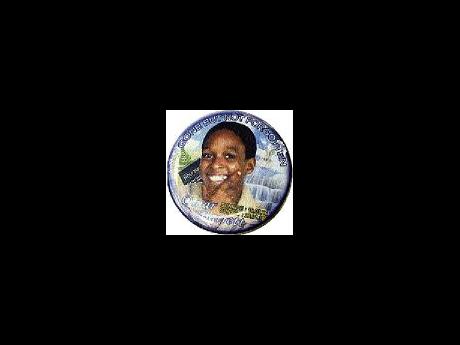 "Me nuh inna nuh war, so why dem had to kill him?" wailed 58-year-old newspaper vendor Marvalyn Lawrence as she mourned her teenage son, Omar Barrett, another victim of gunmen's bullets.

The tears streamed freely down her face as Lawrence's body rocked from side to side, her eyes fixed on some unknown object, a heart-rending picture of anguish and grief.

"He was such a loving child. Oh God!" mumbled the grief-stricken mother over and over again.

Omar, a 13-year-old student of Innswood High School in St Catherine, became one of the youngest victims in the new year when he was murdered by thugs who pumped six shots into his body just over a week ago.

Even in the throes of grief, Lawrence vividly recollected the fateful morning of Saturday, January 23, when she was awakened to the news that the life of the youngest of her 14 children had been snuffed out .

She said Omar was returning home from a wake with friends when the hoodlums attacked in the volatile Maxfield Avenue community.

Lawrence said the boys, in attending the function to pay their respects to a senior citizen who had died, innocently crossed a border that had been established by gang members.

The police reported that Omar was shot and killed by unknown assailants at Osbourne Thomas Drive, Whitfield Town, Kingston 13.

The Constabulary Communication Network stated that about 3 a.m., residents heard explosions in the area and called the police.

Investigators who visited the scene reportedly saw Barrett's body on the roadway with gunshot wounds.

Omar, who resided with his mother on Sunlight Street, was shot multiple times, while his friends managed to escape.

"Five of them were walking and more persons were on the road when Omar was shot," Lawrence told The Gleaner.

"I was sleeping when it (the incident) happened."

She said 'Pelem', the nickname given to Omar because of his love of football, was sleeping as well, but his friends came and urged him to accompany them to the wake.

She said another boy was grazed in the incident.

"The other boys are still in shock. They have not come out of their houses since that time," Lawrence said.

She described Omar as a model child. "He was a prefect," boasted the anguished mother, who had to care for the last of her children alone.

Lawrence said Omar's father died when she was pregnant with him.