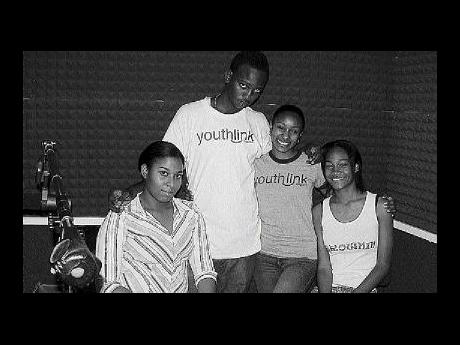 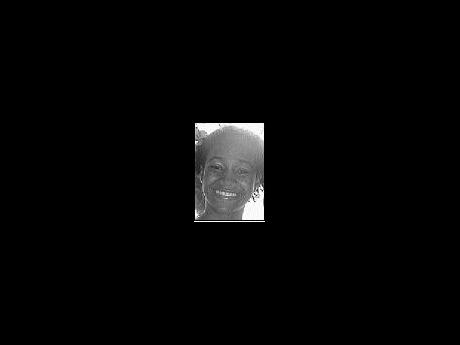 Patti-Ann Lothian (right) kicks back with her Power 106 Youthlink colleagues, from left, Monique Grey, Dwayne McLeod and Shari Oliver in this 2006 file photo.

A 19-year-old university student was found dead yesterday in a crashed Toyota Fortuner sport utility vehicle along the Mona main road near the University of the West Indies.

Patti-Ann Lothian was reported missing to the police yesterday afternoon. She was later found by two schoolboys who saw the car in the ditch.

According to a report from the Constabulary Communication Network, Lothian left home Sunday but did not return. Her family reported her missing yesterday afternoon. Later in the day, the car was found in the ditch with her body. The police did not state the cause of death, but said her body showed no visible signs of violence. They said her body would be examined, but did not indicate when.

On the scene, a large crowd, which included her mother, friends, classmates, university students and other spectators, surveyed the grisly scene. The police, along with fire personnel, spent hours lifting the car from the ditch. Up to press time, they were still trying to prise Lothian's body from the car, which was smashed in on the right-hand side where her body was located.

The Gleaner understands that Lothian was reported missing as early as Monday morning when messages were sent out using social media forums asking persons to look out for her. The Gleaner also understands that she had gone to Wet Sundayz, a party at Hillview Avenue. After the party, she dropped off a friend at the University of the West Indies around 4:50 a.m.

Lothian, who was a writer with The Gleaner's Youthlink magazine, was attending the Caribbean Institute of Media and Communication at the time of her death.

Kareem Latouche, Youthlink coordinator, said he was saddened at her death.

"Patti was a flower that bloomed all year long. She had a mature personality and an ambitious frame of mind. I knew Patti since she was 15 and she went on to do Youthlink on radio as a sixth-former at St Andrew (High School for Girls). She was very dedicated and very hard working. We are going to miss her," he said.

"It's really tragic. It goes to show how valuable life is. It (her death) was very untimely. She was very energetic, focused and outspoken. She was really good company," said Danelia Doyle, a former Youthlink writer.