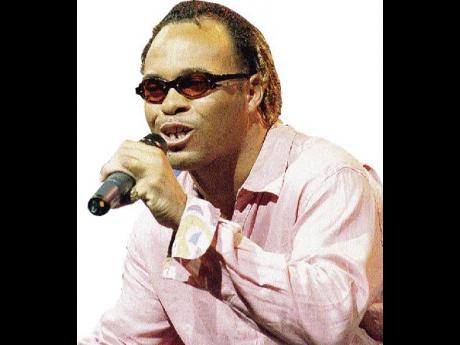 Noddy Virtue, for most of his 33 years, was a part of that cliché (he is a proud farmer) but all that time he nurtured another great love - that of music.

This passion took him to the 2005 Digicel Rising Stars' stage. Virtue does not believe his 'soft' entry onto the music scene will affect his chances of becoming a serious force.

"I wanna be one of the greats," said the dreadlocked singer.

Virtue finished second to Christopher Martin in the Rising Star contest, a face off that drew national attention. But while Martin has attained star status in the dancehall, Virtue has not had any big hits.

One of the songs which propelled him to popularity, Jimmy Cliff's Rebel in Me, is included on the artiste's 18-track debut album, Just Believe, which was released in 2009.

Of special note are two versions of Bed of Roses, his duet with Jodian Pantry, which they performed at Rebel Salute last month.

Virtue said his performance on that show, though curtailed, was a good one but he rues that he did not get a chance to introduce his original Eat What You Grow, Grow What You Eat, a song which speaks to agriculture.

Originals like Love Jah and Mistaken Identity have also got their share of recognition and pushes Virtue's goal to release more original songs.

Rebel in Me and Bed of Roses (originally done by Bon Jovi) were covers.

Virtue wants people to recognise him as an artiste who "can cover song good but when it comes to originals, him have it as well."

During his stint on Rising Stars, Gladstone Wright, now his manager, took notice.

"When I saw him on Rising Stars, I was attracted to his music. I thought he brought an international flavour to the competition," Wright said.

The songs on Just Believe range from R&B to lover's rock to dancehall, which shows Virtue's eclectic tastes. Though his rise has been less than meteoric, the singer feels he will someday get there.

"Sky's the limit. We look forward to the future, to the best of Noddy Virtue," he said.