Immigration Corner - I don't want my child to go! 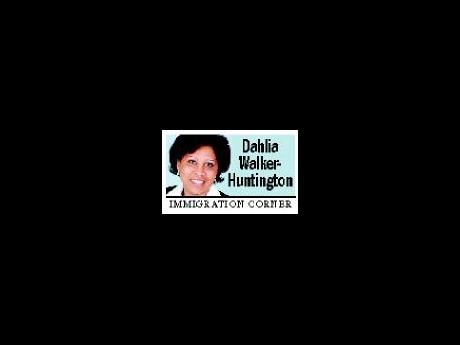 I HAVE been involved with a man for close to 11 years and we have a daughter who is nine. About five or six years ago, my boyfriend told me his mom started filing for him, his older daughter and our daughter. No one had a discussion with me or my family about this plan. No one asked my input on the matter. They all decided my future without telling me.

I do not want my daughter to go to the United States to live with them. I would like to know how the system is set up. I want my daughter to travel to the US with me for vacation only. I do not intend to live in the States and definitely do not want her to move to there permanently either. I would also like to know if she would still be able to get a visa when I decide not to send her away permanently. Seeing that the filing has gone into six years, will it be a problem for my daughter to get a non-immigrant visa? What will happen if plans change and my family would like to file for her? Will this be a problem as well?

I do not want my daughter's chances to go on a vacation with me to be a challenge because I refuse to let her migrate. There is a lot more to the story, but this is my main concern.

Firstly, your boyfriend's mother filed for him - her son - and him alone. On the form, it may ask to list children, but that does not mean they have been filed for. When the file reaches to the visa centre stage, that is, after the petition has been approved and the priority date is near to be current, the beneficiary can advise the national visa centre if there are additional derivative beneficiaries who may be accompanying them to the US.

Additionally, when your boyfriend's petition gets to the visa processing stage, the US State Department will require your daughter's Jamaican birth certificate and her passport. If you have custody of her and are in control of those documents, you can certainly refuse to give them to her father.

After your child's father has migrated and she is applying for or to renew her non-immigrant visa, she will have to indicate on the application that her father is the holder of a green card or is a US citizen, as the case may be. That fact may prompt the consular officer at the US Embassy in Kingston to conclude that your daughter may be travelling to the US to remain with her father until he can petition for her to remain permanently in the US and deny her the non-immigrant visa.

Certainly, when your daughter is finished with high school in Jamaica she can decide if she wants to migrate to the US. Her father will be eligible for US citizenship at that time and if he files a petition for her before she reaches 21, she will be able to join him in the States in a relatively short time.

If you have custody of your daughter and your parent or sibling files a petition for you, once your daughter is under 21, when the file is ready for a visa, she would be able to accompany you to the US.

Dahlia A. Walker-Huntington is a Jamaican-American attorney who practises in Florida in the areas of immigration, family, corporate and personal injury law. She is a mediator, arbitrator and special magistrate in Broward County, Florida. Email info@walkerhuntington.com or editor@gleanerjm.com.