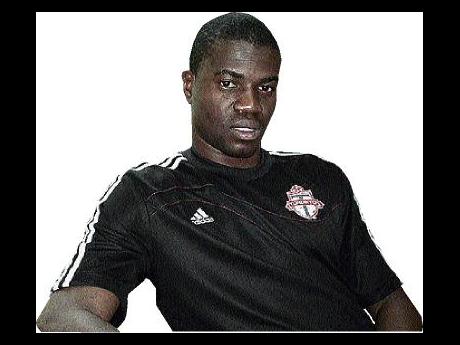 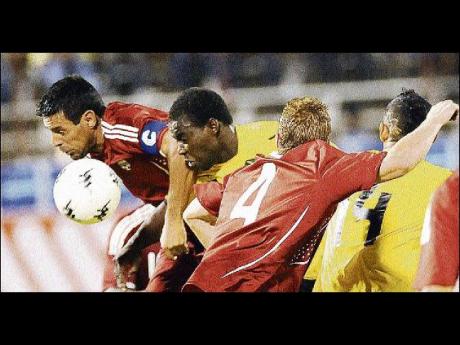 A promising young Jamaican player has become a prime recruiting target for Canada's men's national football team as it cranks up its efforts to qualify for World Cup 2014 in Brazil.

Canada's head coach, Stephen Hart, said he has approached St Ann-born striker O'Brian White more than once to persuade him to represent Canada. According to Hart, he talked to White before and after his permanent appointment as coach late last year, in an attempt to convince the player to switch country allegiance.

"I have spoken to him," Hart said while still in the United States last week with his team, preparing for Jamaica. "I wouldn't say that I have pressured him. I've let him know of my interest."

According to the Trinidadian-born coach, he had no problem recruiting White, or any other talented player, if they are eligible to play for Canada.

White represented Jamaica at several youth levels (under 15, under 17, under 20), but is eligible to play for Canada as well after migrating there with his family years ago.

He was named most valuable collegiate player in 2007 while at the University of Connecticut in the United States, where he scored 46 goals over four years.

White was selected in the first round of the 2009 US Major League Soccer SuperDraft - fourth overall - despite tearing ligaments in his knee late 2008, which sidelined him for most of the first part of his MLS rookie season as a professional with Toronto FC (TFC).

The 24-year-old White recovered in time to finish the '09 season with two goals in nine games for TFC, where he lines up alongside stars Dwayne De Rosario and Julian de Guzman, two players with strong Jamaican ties but who also expect to be part of Canada's push for Brazil in 2014. Other current Canadian natio-nal players at TFC include Ali Gerba, Nana Attakora and Adrian Serioux.

But even before Hart approached him, White had been targeted by Canada. Early last year, White explained that while he had no problems with the North American country, he has always wanted to play for Jamaica.

However, there was some disappointment with Jamaica's lack of interest in his services.

Hart made his interest in the 6' 1", 175-pound White perfectly clear before and after his perma-nent appointment as head coach. However, he insisted that the player has not given him any indication of what his final decision will be.

No definite answer yet

"I said 'look, you know, I saw the game and I think you have a lot to offer'," Hart said, explaining his conversations with White. "And he said, 'Well, would you have the job?' And I said, 'Well, I don't know if I will have the job'. And after I did get the job, I called him and said 'Well, I got the job'. So, we had a little laugh about it and, as I said, he'll make that decision when it comes around.

"I think he was very polite in his answers and he never came and said 'I will definitely do this, I will definitely do that'. He was very respectful, very polite and we left it a very informal sort of discussion. I didn't want to make it feel like I was all over him, or pressuring him to make that decision. As I said, I think players are gonna make those decisions when they feel comfortable with it."

If White gets too comfortable with Canada, it could prove an unsettling time for Jamaica, as the CONCACAF rivals could end up tangling for places at World Cup 2014 in a couple years.