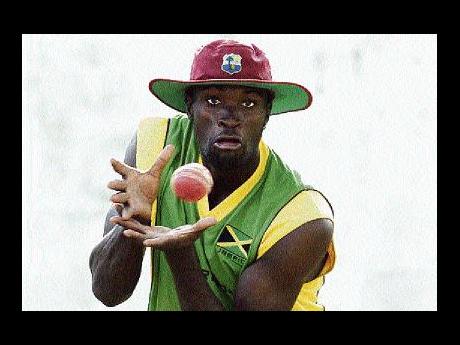 The training session, which took place at Melbourne Oval, was the first since the team arrived last week.

"It was good experience using the ball for the first time," said Jamaica's captain Tamar Lambert, one of the batsmen who had a knock in the nets. "The bowlers didn't have a problem with it in terms of grip or control and the batsmen didn't have much a problem picking it up.

"But having said that, we have only used it in the day and using it at night could pose a whole new different challenge," he added.

The ball, which Jamaica will use in their next day/night WICB Regional Four-day encounter against the Combined Campuses and Colleges in Guyana, is being used in a first-class cricket competition for the first time.

"The physio told him that it was o.k for him to start training again," said coach, Junior Bennett. "The MRI said that there was no stress fracture or anything, but rather a stiffness of the back, which most fast bowlers go through in their career. So it was good to see him bowling again and we look forward to him being back at his best."