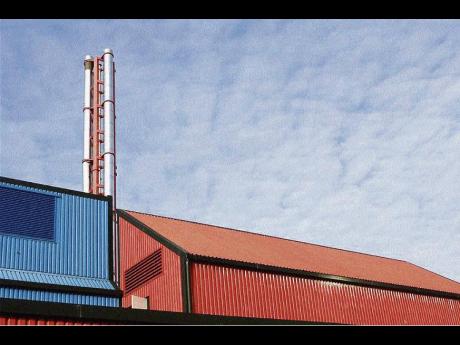 The Factories Corporation of Jamaica will be floating a $1.6-billion bond as debt financing for the construction of 200,000 square-feet of new office space for the information communications and technology sector.

But the pricing of the issue is still to be determined, according to Karl Samuda, minister of industry, investment and commerce, under whose portfolio the agency falls.

"Unless we divest and get those funds to rebuild and to construct new facilities, we won't be able to," he said, "So what we plan to do is float a bond and use as collateral the existing structures that we have."

"We have value of some $5 billion worth of real estate, which is revenue generated. So, we would use that and the revenue from that to service the bond and give us an opportunity to start the process of construction of new facilities to house particularly the ICT sector," he added.

Samuda, however, noted that he was also open to other options to finance the new factory space, saying he would partner with a private investor willing to finance the construction.

"Either way we are keeping all options open," he said.

Samuda said there was demand for ICT space in Jamaica but investors wanted to see the available space before committing funds.

The space to be built is mostly in St Catherine area, on a combined 65 acres at Naggo Head, Caymanas Estate and Portmore.

"The demand that we are projecting is in the vicinity of a million square feet of ICT facilities. Jamaica is in the demand and we can't attract that investment unless we show that we have the facility to accommodate the investors," the minister said.

"An investor is not going to come on your word in speculation that in six to nine months or a year you will have a facility. They have to see the construction or a partially finish product that they can retrofit. But what we are hoping to do is provide a turn key operation."

The FCJ has some 50 per cent of rented factories space and free-zone space being used for manufacturing purposes. Samuda however noted that the government wants to shift the focus from warehousing to job creation in the ICT sector.

Last year, FCJ sold properties in the Montego Bay Free Zone in St James, at Twickenham Park in St Catherine, among other areas, earning $43.4 million from the disposals.

Samuda said proceeds from these sales would be used to build new factories on government-owned lands.

"We are not landlords ... what we are are developers of facilities to accommodate the expansion of the productive sector," he said.

"Our policy is not to rent and collect from tenants; we want to dispose of the properties and go on to build out in other areas that we have (land)," he added.