UNESCO to relocate downtown - Conference Centre to be its new home 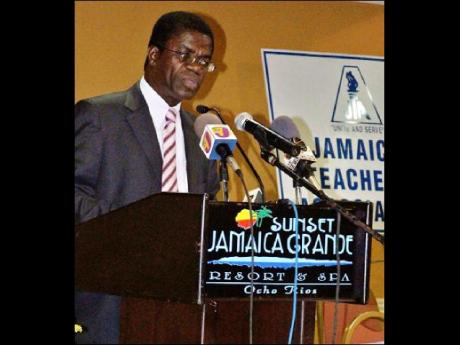 A United Nations (UN) agency, which has its regional office in the upscale business district of New Kingston on Dominica Drive, is making plans to relocate to downtown Kingston.

Dr Kwame Boafo, United Nations Educational Scientific and Cultural Organisation (UNESCO) representative to the region, told Wednesday Business that UNESCO's move was in solidarity with the Jamaican Government's plan to revive the capital.

"We are going to take a cue from the Ministry of Foreign Affairs and Foreign Trade. When they move UNESCO would be ready to move," he said.

Dr Boafo said the UN agency plans to take up office space at the Jamaica Conference Centre, home to the International Seabed Authority and the United Nations Environment Programme.

"We are preparing that place to relocate at the appropriate time," he said.

"We cannot say this year or next year. We hope that as soon as the Ministry of Foreign Affairs and Foreign Trade moves to downtown, hopefully, by then we would have finished restructuring and reshaping our offices to move downtown," he added.

But according to the timetable of the Ministry of Foreign Affairs and Foreign Trade, this won't happen before the end of 2011 or possibly 2012.

The ministry reported last year that it had allocated $34 million in its 2009/10 Budget for the relocation and was in the process of procuring lands for the move.

The ministry also said that during 2009/10 it would aim to complete the architectural, site, engineering and geological surveys, feasibility studies and the design phase, and prepare a production document for the project.

The project, which is funded by the governments of Jamaica and the People's Republic of China, is scheduled to be completed by December 2011.

That policy directive is meant to give fillip to plans to revitalise the downtown core of the city in readiness for another ambitious programme to establish the waterfront as an International Financial Services Centre now low jurisdiction for foreign businesses.

Golding also announced plans to relocate the ministry to waterfront lands where the legendary Myrtle Bank Hotel was previously located.

Boafo declined to say how much the agency was spending on the relocation but said extensive work was being done to prepare space at the Conference Centre.