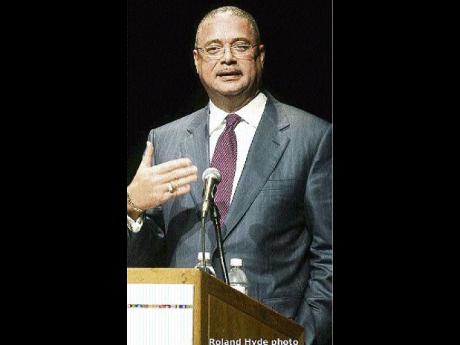 Prime Minister David Thompson has given a clear indication that he is in support of a wage freeze in Barbados.

"Any slight increase in the wage bill will have serious implications, because it means we'll have to look for either cutting expenditure in other areas, particularly our social programme, which would be undesirable," Thompson told reporters.

"And if we are certainly not contemplating layoffs or any reduction in wages so we are hoping this year, in the construction of our estimates, to be able to not increase the wage bill in any way other than by way of increments," he added.

The issue was raised at a constituency meeting of the ruling Democratic Labour Party (DLP) on Sunday, by Economic Affairs Minister Dr David Estwick, who indicated that the economic situation in the island was so bad that there is need for a wage freeze and the sale of state assets, to help the government ride out the challenges it faces.

"I will be asking Prime Minister David Thompson to articulate a position of a wage freeze because we have to do it," Estwick said, noting that government is spending US$450 million more than it is earning annually.

He also called on the trade union movement to support the call.

On Monday, Thompson said that he was planning to raise the wage freeze proposal at the National Economic Consultation in March.

"I also accept that we have a social partnership and, as minister responsible ultimately for labour, it's a matter that we have to talk to the trade union movement (and) to the private sector about; and also, in a sense, have the widest possible consultations on it."

"When you have an economic crisis, everybody looks to government. What is the government doing? Where is the leadership from government?

"This consultation, therefore, has to be a constructive exercise in which we settle the medium- term fiscal programme and what we hope the private sector and the workers representatives will do during the course of the year and see if we can come to some collective agreement," he said.

However, a leading trade unionist, in an interview with a local newspaper, said his union had no problem with the suggestion itself, but more so with the forum in which it was introduced to the public without any previous dialogue between government and the Congress of Trade Unions and Staff Associations of Barbados.

"The union feels it is very inappropriate," said general secretary of the National Union of Public Workers.

"It came across like this is a fight. It only adds confusion to the entire process," said the union official.