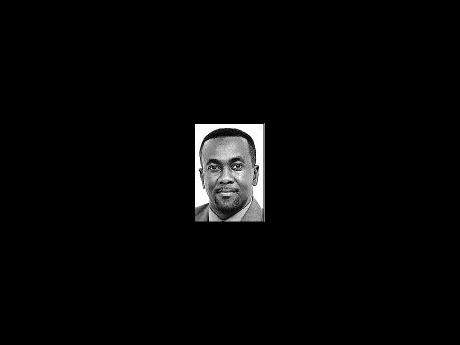 I HAVE noted the comments related to the Broadcasting Commission of Jamaica (BCJ) contained in a letter from a Mr Harvey Brown titled 'Resume fight against musical filth, published in Monday's (1.2.10) edition of The Gleaner.

We understand the concerns expressed in the letter and thank Mr Brown for publicly acknowledging the active role being played by the commission in seeking to cleanse the airwaves of inappropriate content of all kinds. Contrary to the suggestion in the headline to the letter, the fight against inappropriate content in the regulated electronic media sector has never ceased and will continue unabated by the commission in all the areas over which it holds public responsibility.

This new month of February marks the first anniversary of the introduction, by the commission, of three directives which expressly prohibit a range of intolerable content that was being purveyed through radio and television to the detriment of our industry and society. The enforcement of these directives has been a day-by-day and constant activity on which the commission has never relented, despite sustained pressures throughout the year. We appreciate the strong support provided by the overwhelming majority of the Jamaican public as well as by significant sections of the music and media fraternities. The commission has not, and will not, take this support for granted and welcomes continued constructive critical feedback of the kind provided by your letter writer.

Far from being diminished, the commission's actions in defence of quality broadcast content increased significantly over the preceding 12 months, and will be intensified through additional measures throughout this year. The February 2009 directives, and other measures generated increased public vigilance, reflected in a growth in the number of new instances on which we have had to adjudicate. The public, our volunteer citizen monitors and internal monitoring staff have been extraordinarily active and effective in bringing to our attention the welter of potential infringements as they were heard on the airwaves.

Some media houses have strengthened their own internal monitoring and self-regulation. The music sector, for its part, has started to reset the kind of recorded content that they prepare for airplay. This is how the regulatory process is meant to operate. We are satisfied that as a direct result of the decisive introduction and implementation of the directives, as well as through the active enforcement of the Children's Code for Programming, there has been significant progress in the quality of the output on electronic media nationally. Our actions have attracted the positive attention and support, not only of the local public, but also of our regulatory counterparts internationally and of the discerning publics regionally.

The letter writer speaks quite correctly about the need for pro-active measures rather than simply corrective or remedial actions. The commission continues to be guided by the principle that we must pay attention to both. So far this year, the BCJ has already embarked on an active renewed programme of public education, using all forms of media to encourage media literacy, parental responsibility and to enlist continued citizen vigilance towards maintaining acceptable standards on the airwaves. The commission is also about to embark on a new round of industry dialogue with leaders and producers, in both the media and music sectors, to communicate our expectations of improved self-regulation and to listen to their suggestions and concerns. At the same time, we continue resolutely to enforce the regulations in protection of our children and other members of the listening and viewing public.

We are also mindful of the critics, some of whom demand unbounded freedoms while paying scant regard to the rights of others. We will continue to remind such persons about the responsibility that must inevitably accompany all 'rights and freedoms' within our democracy. We are quite aware of the need to maintain the important and often misunderstood line between censorship and regulation. The commission does not have, nor do we seek the freedom, advocated by the letter writer, to exercise unbridled censorship regardless of "... democracy or no democracy, freedom of speech or no freedom of speech". On the contrary, the Commission, in association with its portfolio ministry, has always sought actively to defend freedom of expression and, ultimately, to protect our democracy by vigilantly enforcing the regulations and by implementing or recommending sanctions and reforms, as the situation demands.

But, we are aware that we regulate a constantly changing sector, requiring new tools and methods to remain in line with adjustments in the industry itself. In this regard, we continue to request from Government and the parliament early approval of the necessary and long-overdue legislative amendments, and the proposed revised broadcasting regulations, in order to enable the introduction of additional appropriate sanctions and to renew the legal framework within which we operate. While we keenly await these urgent and necessary reforms, the commission assures the public, including your letter writer, that we will continue to carry out our public responsibilities using the existing tools fairly, fearlessly and firmly.

Hopeton S. Dunn, PhD is chairman of the Broadcasting Commission of Jamaica. Send feedback to columns@gleanerjm.com