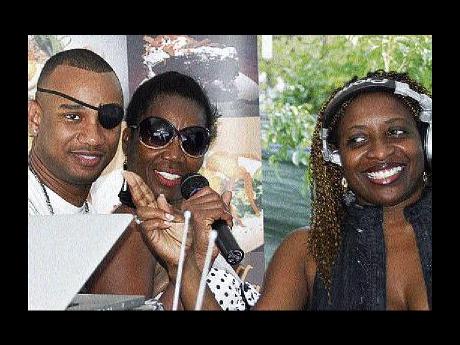 Spirits were high at the inaugural Jazz Beach J'Ouvert last Saturday at the Aquasol Theme Park in Montego Bay.

Renaissance Disco, with DJ Delano and DJ Pepsi on-board, provided music for the all-inclusive event, which kicked off around midday and went up to about 6 p.m., just in time for patrons to get ready for the final night of the Jamaica Jazz and Blues Festival at the Trelawny Multi-purpose Stadium.

Sharing mixing duties with the Renaissance DJs were guest selectors Millicent Lynch and Janet Silvera. In a short 'vibesy' set, both went through a range of genres, ranging from rocksteady to hip hop.

Seeking to capitalise on the annual Jamaica Jazz and Blues Festival, which was extended to one week this year, promoter Dollis Campbell said the event would be held annually on the Saturday of the jazz festival week. Campbell also said with more time to plan for next year's edition, it will attract more patrons.

"We really had a little over two weeks to plan this event. So next year we know it's going to be bigger and better," Campbell said.