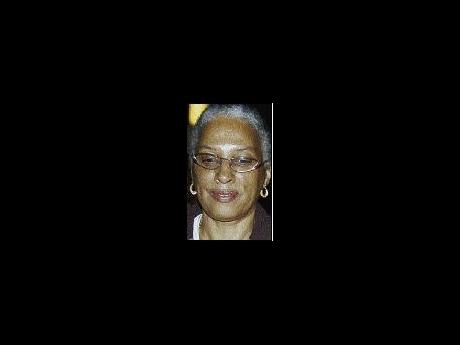 Founder of the Jamaica Mother of the Year pageant, Blossom Lamb-Evans, on Monday expressed sorrow at the death of personal portfolio manager of Jamaica Money Market Brokers (JMMB), Karla Chito, the 1989 winner of the contest.

Lamb-Evans said she was struggling to come to terms with Chito's brutal murder.

"I feel terrible to know that someone would really take her life, because she is a very kind individual," explained a tearful Lamb-Evans.

She said Chito's character traits were those of a model parent.

"She was a good mother and she kept our flag high. She gave a valuable contribution as a mother in her family and society at large and she will be sadly missed," Lamb-Evans added.

An asset to the pageant

The pageant pioneer said Chito was an asset to the pageant group, as she was always ready and willing to assist with the yearly planning.

Karla Chito was murdered at her home in Waterworks, St Andrew on Saturday.

According to police investigations, about 12:30 that morning, she was at home with her husband, Everett, when an argument developed.

Everett reportedly pulled his licensed firearm and shot his wife several times before shooting himself.

He died on the spot while Karla was taken to the University Hospital of the West Indies where she died while being treated.