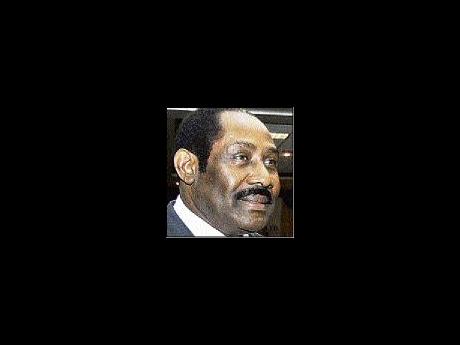 Jamaica Football Federation (JFF) President, Captain Horace Burell, insists that the country has a lot to gain and therefore should do whatever is possible to ensure that the team qualifies for the 2014 FIFA World Cup in Brazil, despite the near one-billion dollar price tag associated with sustaining the programme for the next few years.

It will cost the Jamaica Football Federation (JFF) in excess of $800 million to stage a successful bid to qualify for the spectacle, this according to chief accountant Frederick Sutherland, during a recent press conference ahead of the friendly international against Canada, which the Jamaicans won

1-0 on Sunday, inside the National Stadium.

The match was officially labeled the starting point of the country's World Cup preparation and with the finals scheduled to take place in four years, Burrell took the opportunity to underline the importance of securing qualification.

"I am looking forward to directing this project and I'm certainly inviting all the support that is humanly possible because as was mentioned earlier, it is almost going to cost a billion dollars to sustain the programme for the next four years," said Burrell.

"However, when one considers the tremendous benefits which will accrue from a qualification to Brazil in 2014, very few will have any reservations whatsoever of putting this kind of budget together and supporting it."

The long-time administrator sounded confident when weighing up the team's chances of advancing to the tournament, but underlined that it would take a lot of effort and sacrifice from all interests.

"We therefore have a responsibility in ensuring that this programme is supported and that it does well in every respect. Based on the commitment of players, staff and sponsors alike, I am optimistic that our goals will be realised and the ultimate goal is to qualify for the World Cup 2014 and to have improved football programmes going beyond that," Burrell added.

"We have a long way to go. It's a long road, one which will at times call for great nerve. It is going to take the heart of steel because we are going to lose some of these games but we will win some too."

Turning his attention to Sunday's game, the former army man expressed satisfaction with the win but bemoaned the slim margin of victory despite the team's dominance.

Said Burrell: "All of us, barring none, would have liked to see more goals and I'm sure there is going to be an element of disappointment. Beyond that, Jamaica won the game, defeated Canada and certainly we are looking forward to seeing ourselves regaining a few places up the FIFA list."

The win is expected to have a positive impact on the team's position on the FIFA world rankings which will be released today.

"Even from that standpoint alone we are very happy for the victory because having defeated them would mean that we will gain ascendancy, and that makes me feel somewhat satisfied," said Burrell.