It'll be a 'Magic' memorial 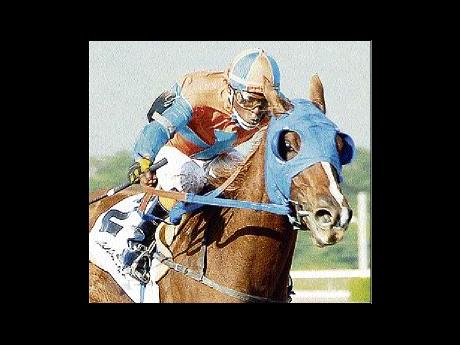 Six starters have been declared for the annual renewal of the Howard Phillipps Memorial Cup, a restricted allowance IV (non winners of three) race over 1100 metres.

This, the sixth running of the race, is to perpetuate the memory of the late trainer Howard Phillipps, who died tragically at Caymanas Park on Saturday, February 7, 2004. The high-profile trainer was shot and killed by a lone gunman in the stable area shortly before the first race on the card.

Despite the small field, the race promises keen competition as nearly all of the runners have been showing good form.

The Percy Hussey-trained MILESTONE is coming off a decisive post-to-post win over this trip when last raced on December 19, covering the distance in the fairly good time of 1:07.2 in winning by two lengths from RUNIN ON EMPTY. Interestingly, RUNIN ON EMPTY paid tribute to the form by winning narrowly over the round-five course on January 9.

This speaks volumes for the chances of the lightly raced MILESTONE, who has been kept on the move at exercise in preparation for this race and is raring to go. The 4-y-o filly looks nicely off at the weights (51.0kg) under the competent 3.0kg-claiming apprentice Jodeien Anderson, who rode two winners on Saturday.

MILESTONE, however, will have the speed of EXPLOSIVE REPORT to contend with and if they go too fast, could play into the hands of either PATARA or SHE'S MAGIC, both of whom have been knocking at the door in recent races.

The Anthony Nunes-trained PATARA won easily over 1300 metres on November 13 and has finished close second in her last two races. She failed by a length to catch the fleet-footed BIG MAN over this trip on January 23, a race in which SHE'S MAGIC closed well to finish a mere 1 1/4L away fourth after running wide into the straight.

Prior to that, SHE'S MAGIC finished third (closing fast) in a blanket finish to WILD GLITZ and the subsequently disqualified NATURALLY ROYAL over the distance on January 1.

Champion trainer Wayne DaCosta has the four-year-old daughter of He'stherealthing in good nick and with female jockey Georgina Sergeon riding her from the lowly mark of 46.0kg, she gets the nod over MILESTONE and PATARA. I am expecting the fast early pacesetters to come back to the stretch-running filly.

Other firm fancies on the card are ROYAL BLAST in the first race; ROLEX to stave off PLATINUM VALLEY in the fourth; GIRLOFMYDREAMS in the fifth; LATENT POWER over SONOR in the sixth; and CIO MOTO in the eighth.