Nettleford: A mixture of innocence and sophistication 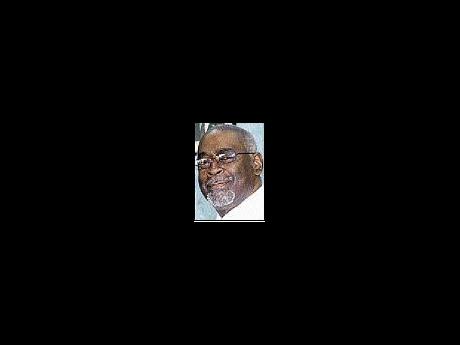 The TIMES of London's description of the work of the National Dance Theatre Company (NDTC) as in the title of this piece can easily be applied to its artistic director and founder, Rex Nettleford.

I was once a Gleaner theatre critic, well equipped for the job of critiquing plays. For dance, I was less so, having only done a course in choreography at the School of Dance (now in the Edna Manley College) and having limited actual experience.

So when I wrote a piece in which I was a bit critical of a dancework by the NDTC, I was told that I would get a bashing from its artistic director because he was not one to take kindly to criticism from tyros claiming to be competent enough to review his work.

To my surprise, the response was quite the opposite. He wrote me a note explaining some of what he felt I had misunderstood, sent me clippings from United Kingdom newspapers on dance criticism and pages from a seminal work on dance theatre in the Caribbean and then recommended a couple texts to me.

He ended by saying that he had been reading my critiques of plays and was pleased that I had now begun to review dance, commended my general approach and suggested that I could make a contribution to the appreciation of dance in Jamaica.

I had expressed a measure of 'dislike' for Carnavapanscape. He opined that the reviewer's role in the Caribbean at the time was not simply to speak of his personal 'likes' or 'dislikes' but to analyse, clarify, and assist the audience in their appreciation of the art form.

He never again 'troubled' me, even when, in a review, it was clear that I was not particularly impressed with what I had seen.

This was one of my personal experiences with Rex Nettleford. As artistic director of the renowned NDTC, what I said would have little effect on his reputation. But he took time out to speak at length to me because he felt that I could further the appreciation of the art form. He was a tireless and, I regret, apparently irreplaceable worker in the field.

Nettleford's work reveals a world view that is uniquely Caribbean. He shows us to ourselves in a way that is both intellectual and for the common man. (He once explained to me when I spoke of the 'overly literal' presentation of aspects of the work The Crossing that this was deliberate because he wanted no confusion about the meaning of the piece.)

But his contribution is tied up in this type of dichotomy. He described himself as "offending the sensibilities of middle-class Jamaica" when he exploded on the stage of the Little Theatre with works like African Scenario. Over the years, he explored our ancestral cultures revealing them to us in timeless works like Pocomania, Kumina, Myal, River, and Gerrehbenta. He linked our ancestral culture to our present and our future in works like Ritual of a sunrise "the exaltation when an artist finds himself in the early morning of his culture - as it is defining itself".

Nettleford's work consistently had us look at ourselves, sometimes critically, often with sympathy or admiration. We see ourselves in Street People, Puncy, Plantation Revelry, Sly Mongoose, Celebrations. He confronts modern societal issues in Tintinabulum, in Two Drums for Babylon (in which middle-class youth turn to Rastafari) and in Children of Mosiah. He explores Caribbean history in The King Must Die which speaks to Haiti and the rise of leaders like L'Ouverture and Christophe.

His later works showed a confidence in our future. Only a black man with a strong sense of racial pride could have responded to the tragedy of the devastation of New Orleans with a work like Katrina. In Spirits at a Gathering, he explores "the healing acceptance of differences through mutual caring". It is significant that in his last work Apocalypse the community "invokes ancestral spirituality to reform the violence-prone wrongdoer". This speaks to his vision of how we could solve our current social problems.

What a tremendous artist!