Make them rich, make them pay 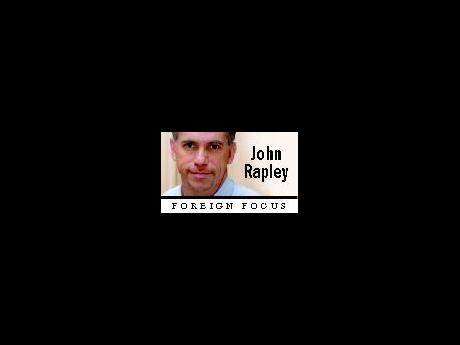 The public rage that greeted the bank bailouts passed them right by. Recession, what recession? Rising deficits, declining house prices? Never heard of them. The repeated statements, made ever more loudly by governments, that bankers couldn't keep paying themselves obscene bonuses while fighting every government attempt to regulate them? "Lighten up," they seemed to reply, "we'll call you when we need more money."

So when, late last year, the British government announced a special tax on bonuses, London's bankers laughed it off and said, "Fine, we'll go to New York."

Then they flew to New York and heard Barack Obama say he, too, would impose a special tax on banks, and impose new regulations. They laughed again, if a little less heartily, then turned around and flew to Paris.

But when they landed in Paris, they saw headlines which said that Nicolas Sarkozy liked the British plan and would try the same thing. So they left the airport and hopped on to the train to Berlin. Their laughter had given way to angry muttering, but they were damned if anyone would take away their god-given right to pay themselves from the public till.

Sadly for them, when they reached Berlin, the bankers there pulled them aside and whispered "Look, your type really isn't welcome here. We just agreed a limit on bonuses so we don't get into the kind of hot water you lot created for yourselves. Why don't you go back home and start behaving responsibly for a change?"

"Ah! Declared the now fugitive bankers, despondent and now clinging to one last desperate straw." There's always Switzerland! They love banks, they never tax anyone or ask any questions! We're off to Geneva!"

And there they went. It was a quaint little town, by comparison to London and Manhattan. So little, in fact, that there wasn't enough property for them, so they faced ridiculous rents. And the people didn't speak English. And their wives said there were no museums for them. And their children didn't like the schools.

So back they trudged miserably to London and New York. In one last, desperate effort to bring their former minions to their senses, they took out their BlackBerrys and called Tim Geithner. He didn't answer. So they called Larry Summers. "Look", their fellow investment banker, parked at the White House, told them. "I don't see Barack much these days. He keeps inviting this old dude, Paul Volcker, to watch the football on Sundays."

"Well," said the bankers, "we'll show him. We'll use our massive lobbying clout to bring the United States government to its knees." And they summoned the bank lobbies and called for a united front.

However, the army of community banks throughout the land said, "Actually, it's not a bad idea. We're not hit by the taxes. We stick to the boring old business of borrowing money from depositors, and lending it to homebuyers. We don't know what derivatives are, much less trade them. And we give our people Christmas turkeys for bonuses. Maybe you guys, too, should start to act responsibly."

What's a bloated plutocrat to do? The world they knew, and loved so dearly, has suddenly been taken from them. In elections, no less, as Americans recorded their populist anger.

The conventional wisdom was that you could never tax bankers. Footloose and free, they'd just pack up and go elsewhere. Taxes were for poor, hard-working suckers.

Yet, those suckers are now saying, there's a new deal. We'll make you rich if we must, by bailing you out and guaranteeing your investments. But if you don't spread the wealth, we'll tax you. And if you don't like it, you can go pay someone else your taxes; but you can't hide.

Here in Jamaica, we were ahead of the curve. The business lobby's efforts last year to obtain 'stimulus packages' while everyone else faced austerity gave way to the sacrifice of the debt exchange. It's not an easy time, but at least our bankers have proved more visionary than New York's and London's.