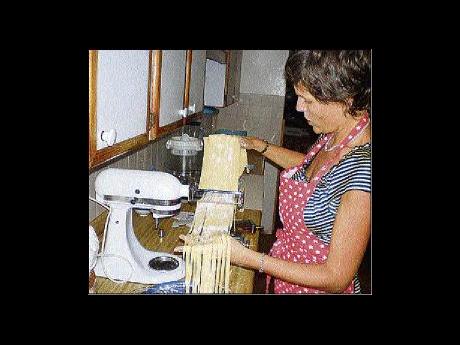 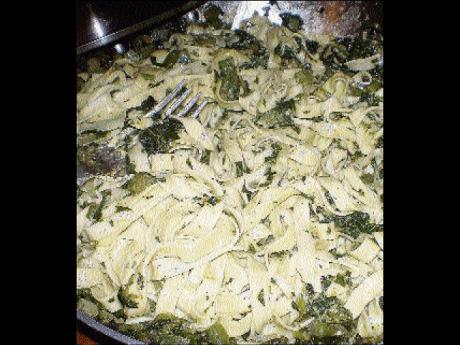 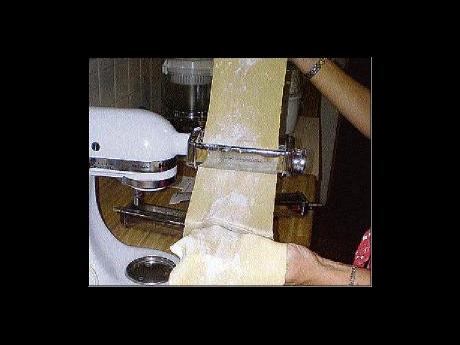 For centuries, there has been much debate about where pasta came from.

Many cultures around the world claim it as their own, but does anyone really know its origin? Many Internet links provide information about this topic, so I will not bore or confuse you! For now though, we'll stick to the Italian kind, which contains durum wheat and eggs.

The first time I made pasta was when I attended The Leith's School of Food and Wine in London, England, 11 years ago. We made everything from scratch, including phyllo and strudel pastries, which are about the most difficult and time-consuming things one can make. Naturally, fresh pasta was on the to-do list for students.

Making the dough itself was easier than rubbing it together and kneading it for bread. But the thought of rolling and shaping was somewhat daunting. While pasta machines were available on the market, we were expected to produce the finished product only with the help of a wooden rolling pin and a sharp knife. This too did not turn out to be as difficult as I had expected. Holding one end of dough down with my stomach pressed up against the side of a table, I was able to use the rolling pin to press away the rest of it.

I was then told to turn the dough 45 degrees, repeat and so on. Eventually, a smooth and thin area of fresh pasta was formed, and it was time to cut into the shapes required. It was so simple, I continued to make pasta for a few years until I stopped. And then I forgot how easy it was.

Fast-forward to the present when my brother decided that he would bring '00' flour (or Farina Tipo '00' in Italy, which is a very fine flour that contains a high amount of protein) back for his chef sister in Jamaica. It turned out that he and his wife had been making pasta for some months, and raving about their successes.

"Now, how can I let four kilograms of this ingredient sit in my kitchen without doing something about it?" I thought to myself.

So, a couple of weeks ago, I got out the pasta attachments for my mixer, put together my dough and proceeded to make fettuccine. As I said previously, one does not have to have a pasta machine, and for those who are not able to procure '00' flour, plain flour will do for now. After all, that's all I'll have to use once my '00' is done. In the meantime, fresh fettuccine pasta.

1. Sift the flour into a large bowl. Make a well in the centre and crack the eggs into the middle.

2. Using one hand, mix the eggs into the flour thoroughly.

3. Pour on to a clean surface with a little more flour and knead for five minutes until smooth and elastic.

4. Wrap in plastic wrap and place in the fridge for at least one hour to let the dough relax.

5. Divide the dough into four pieces, flatten each and roll according to my description above or the instructions of your pasta machine.

6. Once the pasta is thin like a 25 cent coin, use a sharp knife to cut long strands of fettuccine, about half a centimetre wide. The home-made look is a good thing!

7. Bring a large pan of water to the boil, add the fettuccine and cook for two to three minutes until al dente.

Thinning out the pasta dough in a pasta machine. - Photos by Emma Sharp