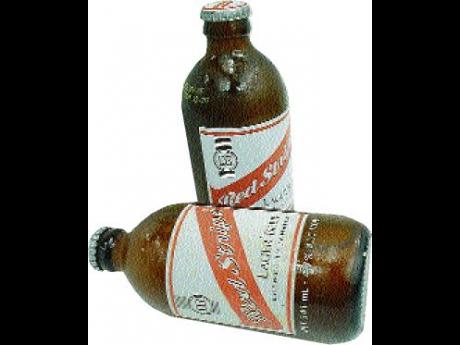 Super Bowl is America's most watched television sporting event. Over the years, it has garnered quite a following here in Jamaica. As the game kicks off this Sunday, the world's coolest beer, Red Stripe, will offer great specials at select locations which will be hosting Super Bowl parties.

For the past few weeks, the beer people have been passing on value deals to consumers at major supermarkets across the island. Deals on six-packs and the new 12-pack have been strongly supported by consumers. On Sunday, Red Stripe will be partnering with key outlets, including bars and restaurants, to provide drink specials and meal combos throughout the day.

At the Acropolis Gaming Suite in Barbican for instance, a purchase of a Special Super Bowl Platter entitles you to a complimentary Red Stripe, Red Stripe Light or Red Stripe Bold. There will also be bucket deals and other specials during game time.

According to Safia Cooper, brand manager for beer, the promotion gives the company an opportunity to offer value to its consumers.

"The Super Bowl is a good occasion to hang out with friends. Red Stripe is all about creating the ideal experiences for friends to enjoy, so we thought this would be an opportune time to extend specials to our consumers," Cooper said.

"These gatherings encourage camaraderie. We're adding an element that we know consumers will appreciate and utilise," she added.