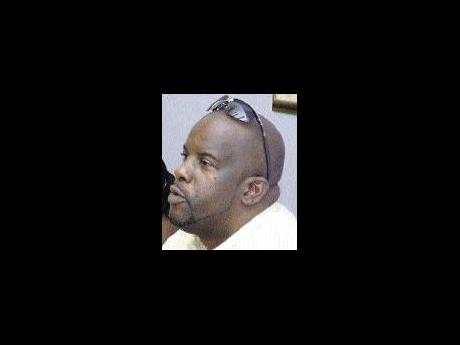 Paul Francis, brother of MVP Track Club supreme Stephen Francis, and assistant coach at the highly successful outfit, suffered multiple fractures to his right leg after his involvement in a car accident along Highway 2000, in the vicinity of Spanish Town, minutes before midnight on Tuesday.

Francis, who along with his older brother and fellow Wolmerians Bruce James and David Noel founded the club in 1999, underwent surgery yesterday at the Spanish Town Hospital and was being prepared for transfer to a Kingston-based facility where he will continue his rehabilitation.

President of MVP, Bruce James, was shaken up by the incident and advised that the mood among the athletes and staff aligned to the club was a sombre one.

"We are all very concerned about Paul, he is our assistant head coach and one of the founders of the MVP track and field club, so we are all hoping for the best for him," said James, speaking from the Spanish Town hospital yesterday afternoon. "The mood at training this morning (yesterday) was very gloomy, everyone is concerned about the situation."

Rumours actually circulated among members of the public that former 100m world record holder and Commonwealth Games champion, Asafa Powell, was also travelling in the same car with Francis.

James, however, dismissed these fears, confirming that the coach was travelling alone at the time of the incident.

"It (accident) happened at minutes to midnight Tuesday night and he was the only person in his car. I understand that other cars were involved in the accident but I don't know anybody from the other vehicles," Francis stated.

James, who spent most of yesterday at the hospital with Francis, could not speak to the coach's rehabilitation timeline, but relayed that the surgery was said to be a success.

"The surgery was as successful as it could be and right now we are just waiting to see how well he recovers. We are hoping to transfer him to a hospital in Kingston shortly," James noted. "The leg was broken in multiple places so we are waiting on the doctors to assess and let us know how long (he will be sidelined). There is serious damage, the entire right leg was broken but we are hoping that he will recover quickly."

According to the Ferry police, who are investigating the incident, Francis was travelling along the highway in a blue Honda Accord motor car when he apparently experienced difficulties in the vicinity of the March Pen Bridge, where the car hit the metal rail before running into a concrete partition.

The vehicle then crashed into a white Toyota Camry which was travelling behind and which had two occupants, who also suffered serious injuries.