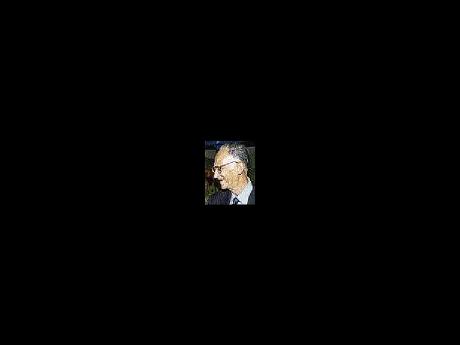 The Gleaner editorial of Tuesday, February 2, 'Beyond sentiment at Air Jamaica', suggested public support for the Air Jamaica Pilots and Staff (JALPA) offer to purchase the cash-strapped airline was based largely on sentiment rather than substance.

The substantive and inescapable reality is that the airline is in debt and has accumulated significant losses over the years, so that the logic of the International Monetary Fund conditionalities are, in fact, inescapable. We must, therefore, turn to the divestment option. Here is where the issue of sentiment comes into play.

The divestment committee has been at the process, assisted at one stage by international experts for a period of months, if not years. What do they have to show for that process? Has there been a cost or are those persons serving for free?

Certainly, the initial offer of 'interest', followed later by a firm offer to 'purchase' the airline by the JALPA group has been treated with arrogant dismissiveness. The divestment committee seems to have persuaded the prime minister to take a similar stance. Let's examine the balance sheet of the issue with the AJAP offer and the divestment process in trying to make the best deal for the Government and Jamaica.

Offer by an American airline company. This was a small amount, the debt remains with Jamaica, plus redundancy payments. This offer is no longer being considered

The alternative offer by the (JALPA) group to purchase the airline.

The group should match any cash offer made by the Trinidad government. They bring the following additional significant positives to the table (some of the items listed below are 'cash or kind' types of items. Others are 'goodwill', which is recognised as a significant element in any balance sheet):

Redundancy costs of hundreds of millions of dollars are likely to be minimal.

Nearly 1,000 jobs would be saved with an associated estimated circle of family influence of more than 5,000 persons. The associated income generated would also help the local economy.

Taxes paid by employees would remain in Jamaica.

AJAP would bring to the table networks of agents and interested support groups which are already in place and these would not need to be cultivated from scratch.

The new team would bring a level of commitment to the future of the airline and Jamaica's reputation that could not be brought by any outside interest. A great deal of the' baggage' that Air Jamaica carried with special interest groups would no longer be available to cost the airline.

The reports are that Air Jamaica is currently profitable and, clearly, with a lean and committed group of people, the turnaround is really possible.

A financial study some years ago indicated that Air Jamaica brought important additional benefits to the tourism industry. The minister should support the local group

The diaspora groups have made it abundantly clear that they want no part in any foreign investment.

Local sentiment is extensively displayed in favour of JALPA and the unions have come out in support of the local group..

The former chairman of Air Jamaica supports the process.

There are cases of ownership buy-outs by employees that have been successful, for e.g. the former Government Printing Office, now Jamaica Printing Services (1992).

The pilots and staff of Air Jamaica need to continue to pressure Government and the prime minister to act in the long-term national interest of Jamaica. They have justice and a groundswell of goodwill on their side.

A. W. Sangster is a retired educator. Feedback may be sent to columns@gleanerjm.com.

The pilots and staff of Air Jamaica need to continue to pressure the Government and the prime minister to act in the long-term national interest of Jamaica. They have justice and a groundswell of goodwill on their side.