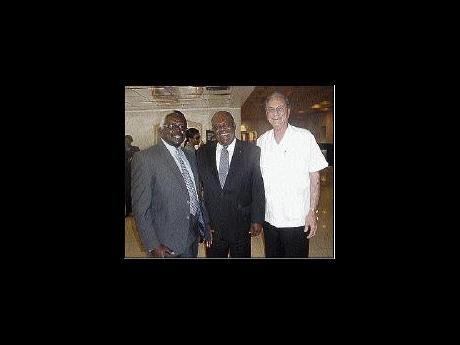 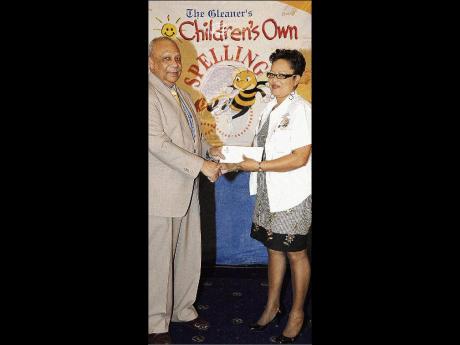 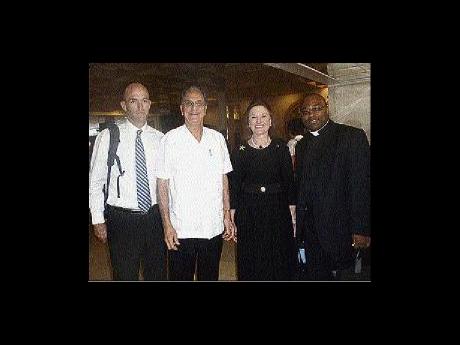 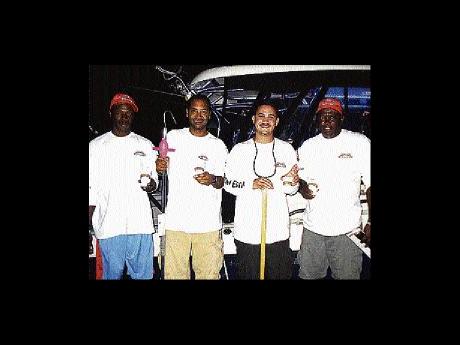 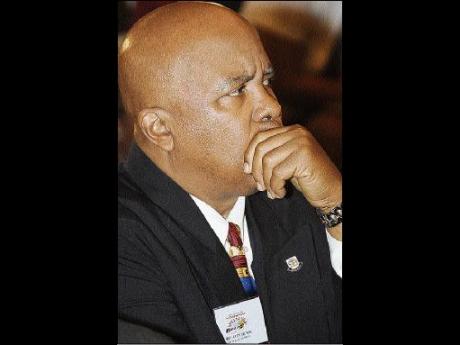 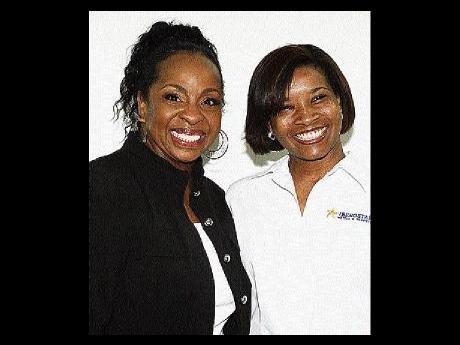 Gladys Knight (left) stayed in the presidential suite at the Iberostar Grand Hotel in Montego Bay. The resort's director of sales, Kerry-Ann Casserly, was on hand to give her personalised treatment during the Jamaica Jazz and Blues Festival at the Trelawny Multi-purpose Stadium. - photo by Janet Silvera

There's a new Bee in our bonnet and Something Extra congratulates all concerned.

Hubert Ingraham (centre), prime minister of The Bahamas, was in Jamaica for the funeral of Archbishop Emeritus Laurence Burke yesterday. Something Extra spotted him as he was greeted by acting Prime Minister Pearnel Charles (left) and hotelier John Issa. - Contributed

Lynn Holowesko, president of the Senate, The Bahamas, with her son, Stephen Holowesko (left); Father Kenny Forbes from St Paul's Church, The Bahamas; and John Issa (second left), prior to the funeral for Archbishop Emeritus Laurence Burke. - Contributed

Rev Glen Archer is a picture of disappointment following the Spelling Bee finals on Wednesday.