Illegal gun shop... has been operating for some time 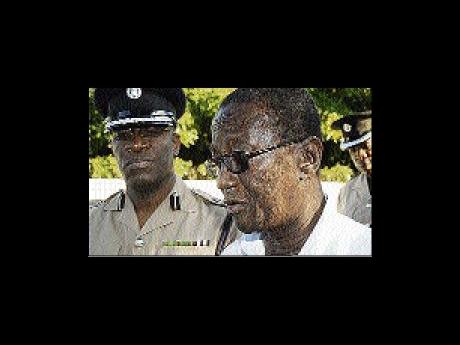 Munster Road, off Mountain View Avenue in eastern St Andrew, is considered a solid middle-class community despite its proximity to several volatile communities.

With Wareika Hills as its back drop, the community borders the area of Mountain View Avenue known as 'Back Bush' with its neighbours, including Nannyville Gardens, Jarrett Lane, Jacques Road and other volatile communities.

"This area, Sligo Road, Munster Road and all the way up is really the section that one would regard as the middle class within the context of Mountain View Avenue," Dr St Aubyn Bartlett, Jamaica Labour Party (JLP) member of parliament for the area, told The Gleaner yesterday.

Bartlett, who was quick on the scene yesterday morning, noted that the violence that has plagued sections of Mountain View Avenue over the years has avoided Munster Road.

"But in these days if you have money, you can live anywhere so that in our society no area is immune from ... people of nefarious character," Bartlett said.

Despite that truism, it was a surprise to many residents of lower Mountain View Avenue when they woke up yesterday morning to see scores of police vehicles parked on the usually quiet road.

However, for some other residents the police presence was long anticipated as they believed it was a matter of when, and not if, the authorities would find out that a thriving illegal gun shop was operating out of premises on the road.

"A long time the man a sell gun and shot up deh," one resident whispered.

"It no matter if you a PNP (People's National Party) from Jarrett Lane or if you a JLP from Back Bush, you can buy shot, gun and even get you gun fix up deh so," another man said.

According to the residents, the operator of the illegal gun shop also operates passenger buses and other businesses but: "Everybody know say a the gun business him mek him money from."

Up to yesterday afternoon, 11 people, seven men and four women, had been arrested by the police in connection with the seizure of 18 guns and there was no official report on who was the mastermind, but the residents had no doubt as they argued that "a long time him a do it".