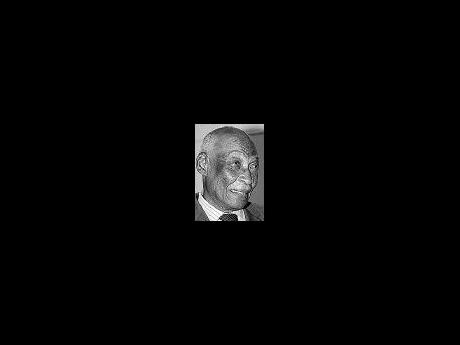 Prominent Queen's Counsel Frank Phipps and his wife, Pearl, are heading for the United Kingdom Privy Council in an effort to get a consent order set aside.

They had appealed against an order by Supreme Court judge Carol Beswick on June 11, 2008, dismissing their application filed on February 2008 to discharge a consent order made on January 7, 2003.

The Court of Appeal dismissed their appeal.

The Phippses, who are the appellants, had sold a portion of their land in 1992 to the respondent, Harold Morrison. Following the sale, they obtained a subdivision and a new certificate of title for the part of the land they retained. There were restrictive covenants and encumbrances on the titles. In January 2002, the appellants, through the law firm Clough, Long and Co, applied to the Supreme Court for modification of certain covenants on the titles.

Morrison filed an objection to the application in March 2002, and on January 7, 2003, a consent order was entered.

In December 2007, the appellants served notice on Morrison that they had taken steps to commence subdivision of their land, but Morrison went to court and got an injunction barring them from subdividing and building a multi-unit development there.

The appellants then applied to the Supreme Court to have the consent order set aside. They claimed they did not consent to the order. The Phippses said they had retained R.N.A. Henriques, QC, to appear for them. They further stated that they first became aware of the consent order when it was sent to them in September 2003 by Cough, Long and Co, and Henriques had not appeared on their behalf when the consent order had been made on January 7, 2003.

They filed an application through their lawyer, Dawn Satterswaite, on February 25, 2008 to discharge the injunction and to discharge or vary the consent order.

Justice Beswick heard the matter, and on June 11, 2008 turned down the application.

Several grounds of appeal were filed, claiming the judge failed to adjudicate on the issues raised that the consent order was clearly unworkable and could not relate to the restrictive covenants and the issues between the parties.

They said the judge failed to appreciate that a consent order made by a lawyer without the instructions of the client was not valid and enforceable, even though it was drawn up and filed by the lawyer.

It was also argued that the lawyer, Donovan Rodriques, from the firm Clough, Long and Co who represented them when the consent order was made, was not listed as an attorney-at-law qualified to practise in Jamaican courts.

The Court of Appeal, comprising its president, Seymour Panton, and Justices Hazel Harris and Mahadev Dukharan, held that Rodriques' presence in court on the day of the order was in the capacity of the firm's agent and, by necessary implication, the appellants' agent.

In its written judgment on January 29, the Court of Appeal said, "A challenge to a consent order that comes more than four years after the litigant is aware of the order is not worthy of the court's aid."