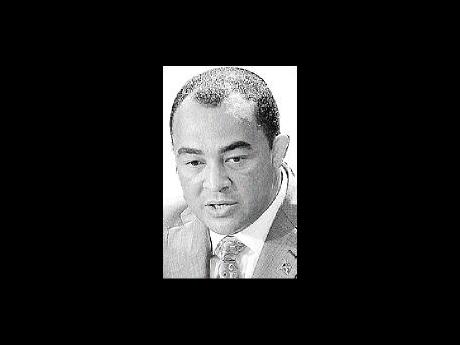 Agriculture and Fisheries Minister Dr Christopher Tufton's eat-what-you-grow pitch has been a hard sell to many free Jamaicans.

But Tufton, who has been stuck with the moniker, 'Cassava Man', has found diligent disciples in, perhaps, the unlikeliest of places - prison.

Now two and a half years into the job under the Labour administration, Tufton has trumpeted the expansion of the agriculture sector - projecting cassava as iconic of his thrust - to encourage consumption of Jamaican-grown produce, thus reducing the island's multibillion-dollar food-import bill.

The minister has praised inmates at the low-security Tamarind Farm Adult Correctional Centre in St Catherine for putting muscle into cassava cultivation.

"With over $500,000 gained from the cultivation of 15 acres of cassava, this is very encouraging. In fact, it helps with the rehabilitation process," Tufton told The Gleaner.

The minister, who, along with a delegation, toured the farm Wednesday, said production of the tuber earned money to help run the institution.

"When I announced the programme of cassava cultivation, the persons running the institution asked to come on board. Now they are expanding the programme and planting a further 90 acres, so I am here to encourage them," Tufton remarked.

An official affiliated with the programme, who requested that his name not be published because he is not authorised to speak on behalf of Tamarind Farm, confirmed the involvement of inmates in the cassava project had proven essential to prisoner rehabilitation.

The cassava produced by the 20 inmates and personnel who oversee the programme has been sold to Jamaica Producers, Twickenham Bammies and other businesses which use cassava extensively.

Cassava is currently sold at supermarkets for $80 per pound. It is used in the production of chips, bammies, flour and other products such as starch.