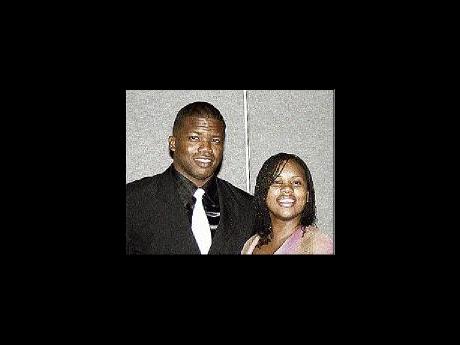 Kelvin Henry and his wife, Kimberlee Cole-Henry, are beneficiaries of a Pre-University School nursing programme in Canada, in collaboration with the Ministry of Labour. - Contributed

Kimberlee Cole-Henry and Kelvin Henry, a young Jamaican couple, see a bright future for themselves in Canada through an initiative of the Pre-University School's Canadian Licensed Practical Nursing Programme, in collaboration with the Jamaican and Canadian governments.

Under the programme, they are set to embark on a new life in Alberta later this year, made possible through the local and Canadian administrators of the programme, which grants full immigrant status to participants and their immediate family.

That clause means that Kimberlee, who is registered under the programme, would not have to separate from Kelvin, a United States-trained firefighter.

Albertan administrators were only too happy to snap up Kelvin, who received advanced firefighting training in the US Navy, to fill a significant skills gap in that area in the Canadian province.

Kimberlee is among a pioneering batch of more than 190 practical-nursing students slated to depart in a few months after undergoing a rigorous training course accredited by Norquest College in Alberta in collaboration with the Pre-University School.

The group is drawn from three of the institution's four campuses islandwide - Kingston, Montego Bay and Portmore.

The programme comes on stream at a time when the demand for qualified practical nurses is on the rise in Canada, especially for residential-care type facilities for that country's ageing baby boomers, and dovetails into the Ministry of Labour's drive to find jobs overseas for qualified nationals.

The Pre-University School's 18-month Canadian Licensed Practical Nursing Programme is the first such venture by a local institution.

The course is open to individuals aged 18-49, with a matriculation requirement of three subjects, including English language, human and social biology, and mathematics, at the Caribbean Examinations Council or General Certificate of Education level.