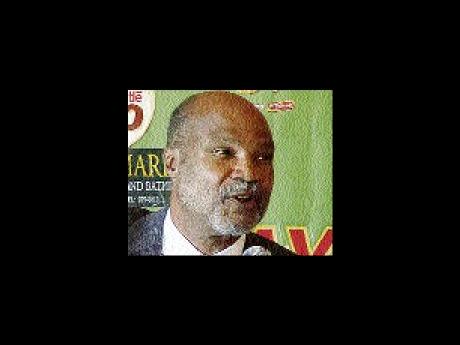 The sponsorship for next Saturday's 32nd staging of the Milo Western Relays has been increased from $1.2 million to $1.5 by sponsors Milo, which has been sponsoring the popular one-day championship for the last 16 years.

"Like other companies, we too, are facing challenges as a result of the global recession," said Suzan Wilson-Wong, a top executive of Milo, who was speaking at yesterday's press launch of the event at the Jamaica Grandiosa Hotel in Montego Bay. "However, despite the challenges, we are committed to maintaining our relationship with the western relays," she added.

In addition to the main sponsorship, the Milo executive also noted that her company will be sponsoring the Milo Junior Grand Prix to the tune of $500,000. In addition to the Western Relays, the grand prix will include meets such as the St Elizabeth Technical High School (STETHS) Invitational Meet, Gibson Relays and the G.C. Foster Last Chance event.

Still unhappy about not being allowed the use of the unfinished Catherine Hall Stadium in Montego Bay, which has prompted a switch to the G.C. Foster College in St Catherine, meet director Ray Harvey described the situation as a tragedy.

"Our inability to stage the event here in the west this year is a tragedy but, as the saying goes, the show must go on," stated Harvey.

Munro College, STETHS, Kingston College, Holmwood Technical, Wolmer's Boys, Edwin Allen High and Manchester High are among the high schools down to compete, while MVP, G.C. Foster, High Performance Centre, University of Technology and the University of the West Indies will spearhead the clubs/institutions.