Celebs to go on the track for One Love 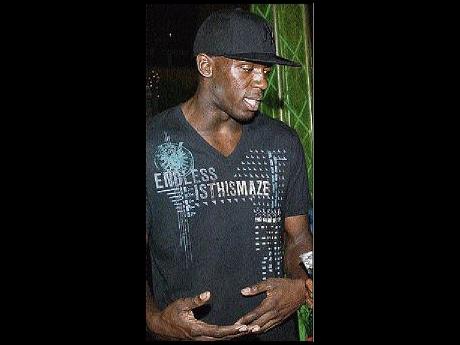 The 28th staging of the annual Bob Marley One Love Charity football matches will take on a new dimension this year with the addition of the 'celebrity Olympics'.

The February 17 event, which will be held at the National Stadium, will feature various local celebrities and personalities competing in friendly football matches and track events.

Promoter of the event, Clive 'Busy' Campbell, while speaking at a press conference held at Cuddy'z Sports Bar and Restaurant in New Kingston yesterday, explained the reason for the inclusion of the track events this year.

"It used to be just football, but with Jamaica doing so well at the Olympics, it is good that we can have this kind of fun, celeb Olympics," Campbell said.

"The overall day is going to be fun-filled. Between the matches, we will have the running and I am looking forward to seeing the kids there," he added.

Some proceeds to Haiti

The proceeds from the event are usually earmarked for select local charities, but this year, some money will also go towards relief efforts in earthquake-ravaged Haiti. It will cost $1,000 to enter the grandstand and $300 for the bleachers. Children under 12 will be admitted free to the bleachers.

World and Olympics double sprint champion, Usain Bolt, will make the kick-off at the event, with the first of nine track events to be contested being the 'Male Corporate 100m Dash'.

The first of two football matches to be played is the 'Referees versus Masters', which will see the likes of former Reggae Boy Wolde Harris, Ali McNab, Courtney Walsh and Alan 'Skill' Cole in action. The feature match of the day will be 'Celebrities versus Entertainers', which will attract several entertainers, including Assassin, Ding Dong, Elephant Man and Aidonia.