For whom the ball tolls 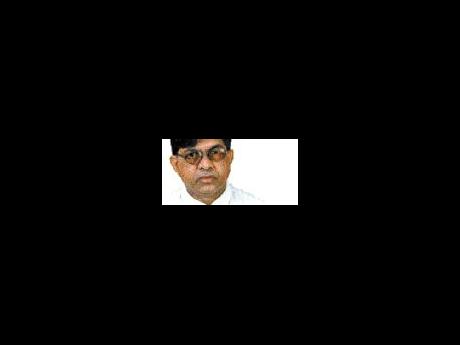 'Biting the bullet' is not merely a physical act but also has metaphysical consequences. In the old days when a wounded soldier was undergoing surgery under battlefield conditions, and there was no anesthetic around, the soldier was given a bullet to bite on as a way of dealing with the pain.

In general usage, the term has come to mean 'accepting the consequences of a hard choice or decision'. You would think that biting the bullet is bad enough without having to sink your teeth into philosophy. However, in philosophy (according to Wikipedia) "a major goal is to always sustain a consistent set of beliefs using sound reasoning. Often, this will involve accepting a belief that is a disturbing truth. It may be disturbing because it is counterintuitive or has other disturbing consequences. Given a philosopher's previously held beliefs he or she may have to bite the bullet by accepting a particular claim offered as an extreme or counter-example ..."

If you are none the wiser for this, bite this particular bullet by way of example: "The strict utilitarian will be forced to admit that if it can be shown that punishing an innocent person would increase the total happiness of the whole society, then there are times when it is morally good to punish an innocent person."

I don't propose to provide any other examples so curb your enthusiasm, bite the bullet, and let's move on. We've all now read, at great length, of biting the bullet, but what about biting the ball? I don't mean the type that takes testicular fortitude equivalent to biting the bullet, although there are some of these. In Indonesia, a horse attacked a man unloading sand from his cart and bit off his testicles; in Sweden, a man found guilty of attacking his girlfriend with a knife was granted a reduced sentence because of the suffering he experienced when he had his testicles bitten off by the woman's Rottweiler; and in Chicago, a woman bit off the testicles of a man who had sexually assaulted her and took them to police headquarters.

I am referring to what is now known in cricket circles as the Afridi Affair. Was it all that it seams? Did he bite off more than he could chew? Interestingly, and one has to be philosophical about this, it might also have involved a platypus but this time a cricket ball of Australian manufacture.

SKY news described the incident which took place on January 31, 2010: "A brain-implosion from Pakistan stand-in captain Shahid Afridi has cost him a two-match Twenty20 international ban from the International Cricket Council for ball tampering. The ICC says Afridi was guilty of "changing the condition of the ball" in yesterday's two-wicket loss to Australia in Perth ... Afridi, named captain for the day after Mohammad Yousuf withdrew due to a knee injury, was caught by television cameras biting the ball and running his teeth down the seam. Umpires changed the ball straight away..." Afridi's explanation or sound-bite was, "No, I was just trying to smell it, how it is feeling." The explanation from Intikhab Alam, the Pakistan coach and former captain, was, "It just happened, probably he was eating an apple, you know." South African captain, Graeme Smith, probably speaking from experience, quipped, "Perhaps he didn't appreciate the lunch he was given in Australia." Whatever it was, Afridi will now miss his country's next two T20 matches - a form of the game in which he excels.

Commentary was quick and biting. Shahid Afridi's reputation bit the dust. Andrew Hughes wrote, "As for Mr Afridi's oral adventures, little more need be said. The sight of the Pakistani captain attempting to swallow a cricket ball whole, like a python dislocating its jaw to consume an ostrich egg, will be played continuously across the cricket globe ..."

Sportwriters were appalled. Suresh Menon wrote, "Not since Chaplin made a gourmet meal of his shoes in Gold Rush has feasting on unexpected objects looked so hilarious on the screen. Chewing on leather in a movie is funny; chewing on leather in a cricket match with the aim of helping a fast bowler is ridiculous." Rohit Mahajan was slightly more tolerant but also condemnatory. "It was surely the daftest, most comical thing ever done on a cricket field - and probably the second most infamous bite in the history of sport after Mike Tyson's attack on Evander Holyfield in 1997 ... daft though this action is, it can't be condoned because of that reason - that it was so incredibly stupid. Stupidity can't justify crime."

Patrick Kidd in The Times called Afridi, "the stupidest captain in the history of the game". He continued, "I wonder what the umpires were saying to him as they pointed out the apparent canine indentations. 'Looks like someone's been chewing on this, skipper', one umpire might say. 'Gosh, how strange', Afridi says, 'was it a stray beaver? I hear there are a lot of beavers in Perth. Or maybe a dingo.' He did not subtly pick at it or try to play football with it, Stuart Broad-style, he wrapped his lips round the ball and gnawed upon it."

Beaver, dingo or platypus, I believe the umpires made a mistake when they changed the ball after the incident. I think the snake story provides us with the proper response. Two campers were in the woods when one was bitten on his testicles by a snake. The other one ran 10 miles to a small town and found the only doctor for miles helping a woman deliver a baby. "I can't leave," the doctor said, "but here's what you do. Take a knife, cut an 'X' where the bite is, suck out the poison, and spit it on the ground." The man ran back to his friend, who was in agonising pain. "What did the doctor say?" the victim asked. The friend replied, "He said you're going to die." What the umpires should have done was make the appropriate signal and say, "Dead ball!"

Tony Deyal was last seen saying that the Indian computer wizards in Bangalore can make a 'Shahid Afridi' computer - a white sphere with one byte and no memory.