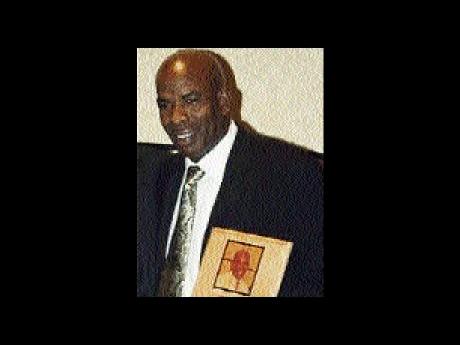 Donaldson's outstanding career started at Kingston College with coach Trevor 'Jumpy' Harris. He was later coached by one of the all- time best, George Thompson, at the high school and national team levels. The next stop in his football development was Cavalier Football Club, with legendary coach Leighton Duncan.

Donaldson, also a hall-of-famer at Metro State College in Colorado, is one of the true pioneers in the rise of football in America. When asked about Jamaica and his involvement with the national teams, his response was: "I have always had strong ties with Jamaica's coaches and players, from the days of Carl Brown who captained the national team when I played, to the current head coach Theodore 'Tappa' Whitmore, whom I support 100 per cent."

He added: "For whatever reason, I was never invited to help with any of our Jamaica national teams. Hopefully that will change in the future."

Having coached and played at all levels in America, Donaldson has been an accomplished instructor with the National Soccer Coaches Association of America for more than 10 years. He has co-founded, with Lincoln Phillips, the Black Soccer Coaches Association of America, which has helped to bring African and Caribbean players and coaches a better understanding of the American football structure.

Currently president and executive director of coaching for Real Colorado Soccer Club, he has helped build the club to more than 5,000 strong and has produced many national team players (male and female).

Real is one of the top four clubs in the USA Development Academy, which has a membership of 80 top American clubs, including Major League Soccer teams.

When asked what the future has in store on the Jamaican front, Donaldson said: "Jamaica has many talented footballers; it is now time for the powers that be to put the proper infrastructure in place and create the right environment so that we can show the world that there are many Bolts (Usain) in our football."

Donaldson resides in Denver with his wife, Judith, daughter, Yvonne, a graduate from Louisiana State University, his son, Julian (who just graduated from Georgia Southern University and is possibly looking to play soccer professionally) and daughter, Yaneash, who is currently coaching at Florida International University while she pursues her Master's degree in sports psychology and sports marketing.