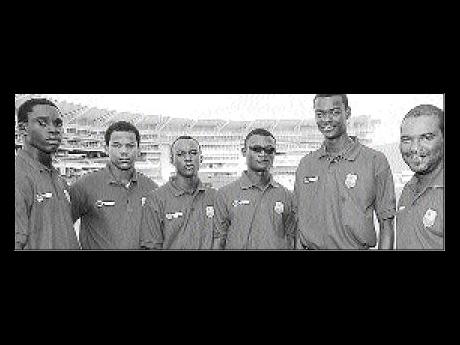 West Indies Under-19 coach, Andre Coley, says the third-place team could have done much better at the just-concluded International Cricket Council (ICC) Under-19 World Cup in New Zealand, if their preparation had been more extensive.

Pointing to the fact that a number of teams in the championship toured other countries and played practice matches prior the event, Coley said had the West Indies been given more exposure a number of the errors which were made in the semi-finals against Pakistan could have been avoided.

"Everything we learnt and practised came together in that big 290-odd run chase against Sri Lanka in the third-place play-off," he said.

"What could have resulted in a better showing is a longer preparation period. A number of the other top teams went on tour and played other nations. We only had two warm-up matches against Canada.

"If we had more matches, it would have better assisted us with team tactics and match strategies, which we eventually mastered towards the end.

"In the future, that will definitely be a recommendation. It will give the players a better chance of performing, rather than cramming in things at the last minute," Coley explained.

The West Indies, after losing to Pakistan in their opening encounter, rebounded to defeat Bangladesh in their second and Papua New Guinea in their third games to advance to the quarter-finals, where they defeated England.

They were then paired again with Pakistan in the semi-final where, after posting a competitive 212-8, Pakistan replied with 213-6 - after reeling at 49-4 at one stage.

Pakistan were then defeated in the final by Australia.

In the third-place play-off, Sri Lanka made 291-6, to which the West Indies responded with 294 for six, with Trinidad and Tobago's Yannick Cariah scoring 110 and 16-year-old Jamaican John Campbell making 77.

"I thought the team showed character and fight to beat Sri Lanka in the semi-finals, as they made a huge total," continued Coley.

"When you look at the fact that we were unable to get to the finals, third was the next best finish and for this we are happy."

He added: "I am pleased with the team's overall performance as there were games when we were down and had to dig deep to come out on top. Also, the conditions were difficult as it was chilly for the most part and the ball swung around. The players had to adapt quickly."

Coley, who last summer guided Jamaica to the regional Under-19 double, also took time out to mention a few players who made an impression and paid tribute to the support staff.

"The entire coaching and management team worked well. Ruddy Estwick, who was my assistant, and Omar Khan, who was the team manager, they all had a part to play."