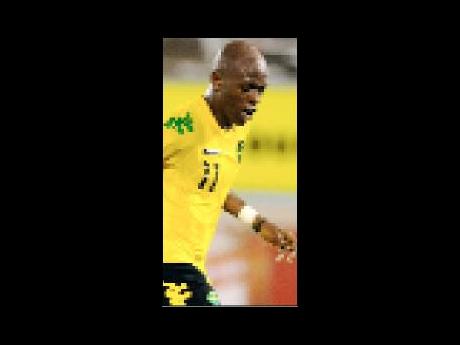 Despite getting the winning strike which saw him join Paul 'Tegat' Davis as Jamaica's all-time leading scorer with 28 goals, 24 year-old forward Luton Shelton was not overly pleased with his performance during Sunday's friendly against Canada.

"It was not as good as I had hoped, I got a chance that I thought I should have scored when I dribbled past the four players, I tried to flick the ball back with the keeper advancing but it didn't work out well," said Shelton. "Apart from that I think I was a little bit complacent in the game but I tried to improve every time and I was screaming for another chance and I got it and I did score," he added.

Shelton who plays for Norwegian club, Valerenga Fotball believes that if the current group of players is kept together and allowed to gel, it will give Jamaica the best chance of moving forward.

"For the future I think it would be best if we keep a set of players together and just work with them and let them go out there and play every game and try to get to know each other."

The striker enjoyed his three weeks of training with the national team and was very impressed with the young players who formed part of the squad.

"They did really well in training," said Shelton. "We had to show them that we are doing the work so they can do the work as well," he added.

Shelton will, however, not be making the trip to Argentina for Jamaica's friendly against the football giants next Wednesday as he has been summoned by his club for pre-season training. He left the island on Thursday to join up with his team, which is camping in Spain.

The Reggae Boy who stated that he is always happy playing for Jamaica hopes to score as many goals as possible in his upcoming club season as has his sights set on moving to a better and bigger club.