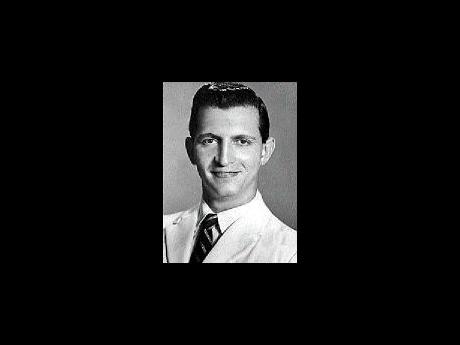 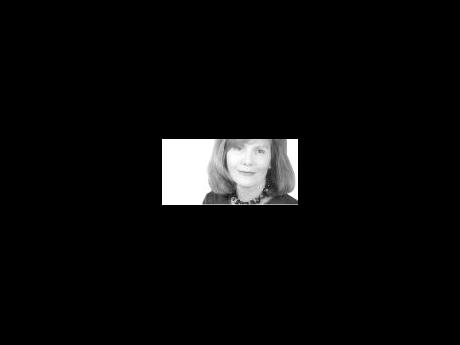 The Most Honourable Edward Philip George Seaga, ON, PC, BA, LLD (Hon), aka 'Eddie' to his former constituents and most of his fellow countrymen, is a very private person.

Prime minister of Jamaica from 1980 to 1989 and now a Distinguished Fellow of the University of the The West Indies, recognised when he set about writing his autobiography in July 2005 what mattered most in his life were the major developments in Jamaican history with which he was associated in his 45 years in politics so, by his own admission, the autobiography is historical in nature.

But readers might want to know more about his personal life, early years, character, and interaction with those close to him. I came right out and asked if his reputation for being a bit of a 'cold fish' was from an abundance of self-confidence that could be perceived as arrogance? Or was he very shy? Without taking offense, he replied: "There was no arrogance in it but I'm not easy to converse with because I don't like small talk. I can't do small talk. If I'm with someone who does small talk, I let them do the talking and I'm so happy that they do because then I don't have to bother. I'm just not a good person at that. I'm more of a conversationalist when it comes to serious issues. So people see me as being withdrawn and, of course, I am withdrawn in that respect but if I'm with people who are like myself, serious, or involved in something that is serious, then I'm far from being a cold fish. Far from it." He gave a self-deprecating, witty and warm speech at the launch in 2009 of the Institute of Jamaica's Jamaica Journal issue dedicated to him as the founder of the magazine. He spoke about his student days, so I asked about his parents. His father, a Wolmers' School graduate, was born of Lebanese parents while his mother was of Scottish, Indian and Creole-Jamaican heritage. Seaga's own parents had five children, one son and four daughters but the twins, Pat and Pam, were born when Eddie was 15, soon to leave for Harvard, so he grew up as a child with just his two sisters, Fay and Jean. A student at Blake Preparatory School, he stayed in Kingston when he was nine to 10 while the family moved to Montego Bay where his father was involved in running two shops for the Hanna group. Though he shared few activities with his father, only occasionally sailing with him in Montego Bay, Seaga learned to shoot as a teenager and remembers:

"The family was very strong on hunting, bird shooting. That's the time of the year when we all got together and go out as a group. That happens with a lot of families because that's when you get the smaller ones and the bigger ones together."

Of his father, he continued: "I guess we were there for each other but didn't share too much of the same activities. I never really had the type of childhood in which there was a lot of conversation flowing with my parents. My areas of interest were from the beginning somewhat different from theirs. And that would reduce a lot of what you would normally want to talk about. I wasn't too entertainment oriented. I was more purposeful in the things that I wanted to do and the interests that I had. I read a lot. I played a lot of games. I actually represented Wolmers in five different sports. These were things that didn't necessarily draw parental attention. I never got into trouble except one time I took the car out when I thought I could drive and hit a cement barrier that was sheltering the road from a little gully. The front wheel hit it and broke the tie-rod under the car. We had to leave it there, call my parents and my father was quite angry about it. But that's about the only notable thing I can think of I did that was against his will. But his response to that was to take me to get a driver's licence the next week."

On the political scene it was always mentioned that Seaga was "Lebanese". Have race relations changed in Jamaica since he was a young man? He responded: "Most definitely for everyone. We all remember the time when only certain types of people could work in banks and other types of establishments. Those barriers are now gone. We can remember the same sort of barriers that existed in schools that admitted only certain types of children from particular backgrounds. Those days have gone. You just don't have the same type of tension, the same type of recognition of race as a factor today as you had in those days."

It was rumoured that the Lebanese side of his family was not happy when he married Marie Elizabeth Constantine, Miss Jamaica 1964.

"I wouldn't say they were not happy," he replied. "I was the firstborn of that entire family, not just my family but my father's brothers. I was brought up, in a sense, as the choice grandchild because of the fact that I was firstborn.

Because I had made a success of my upbringing, and had gone to a prestigious university, it was expected of me that I was going to become someone whose career reflected that prestige and that in marrying I would have married someone with a professional background. That was really the objection. It wasn't a colour objection or a race objection, but that I had not selected someone who had a doctor's or a lawyer's pedigree behind them.

But it didn't turn out to be a mistake because Mitsy was, in every respect, someone who very much measured up to the status that she eventually adopted when she became the wife of a prime minister."

At Harvard from 1948 to 1952, Seaga soon realised the 'respectable' profession of medicine, with all its boring memorisation, was not what he enjoyed and changed his studies to sociology. It hadn't been taught in schools in Jamaica.

"I couldn't tell people I'm studying children as a sociological project or I'm studying indigenous religious groups as an anthropological study. It just didn't have that meaning so I was cutting new ground, not that there weren't others before me, isolated persons like Edith Clarke, but I was cutting new ground, in a larger sense, by the fact that I went to live in a community, a big difference from what had been done before." His Folk Music of Jamaica and Revival Cults in Jamaica: Notes Towards a Sociology of Religion, along with the music he recorded in the field, are seminal works now.

He had an aunt and his father's cousins as a base in the Boston area while attending Harvard, living on campus and studying hard to adapt to the rigorous workload.

"I didn't have too much of a social life, quite frankly," he admitted, though he did a lot of sports: swimming, diving, shooting and, in his third year, they developed a cricket club. "I remember the Harvard-Yale match in my last year. One of the two umpires didn't turn up. I saw a gentleman sitting across the field on a wall and something said to me, "Go and see who he is." It turned out to be Alistair Cooke, who was doing the programme 'Letter from America' for the BBC. So I said: 'You must know something about cricket. Come and umpire the match'. And he did. He wrote it up in one of his broadcasts, with a bit of humour, you know, drinking beer instead of tea and all that. I enjoyed my sporting career there."

Seaga's close friends at Harvard included his third cousin, Bob Abboud, who went on to become President of the First Bank of Chicago; Herbert Levin, who joined the United States Foreign Service and served for many years in Hong Kong; and Prince Saddrudin Aga Khan, who became head of the Refugees Organisation for the United Nations. With another friend, an Indian from South Africa, Seaga remembers one summer: "We decided to hitchhike and see how far we could get. We ended up in Omaha, Nebraska. Money ran out so we had to find ways of working. I became a salesman for what they call siding. It's an aluminum sheet that you nail over the wooden lumber on the outside of a house. It's enduring and therefore it gives the house permanence in terms of how it looks. It doesn't require painting. I was there for at least a month but I didn't make enough money to survive. My uncle in an adjoining state sent me the funds for transportation back to Cambridge."

Referring to his work on Jamaican music, I wondered what he thought of dancehall, with its violent lyrics.

"Dancehall is not my favourite type of music," he agreed. "I like music that has strong melody and to the extent there are lyrics, you come to accept that lyrics are rather trite. They're not necessarily profound. Bob Marley was the huge success that he was because he provided some profound lyrics as well as some good melodies. So he produced music you can whistle, music you can retain in your mind, etc. I don't find that in dancehall at all. But I can't condemn it as music that is not a part of the artistic world because art doesn't know good or bad. Art is just different. To the extent that dancehall is a form of art, just as the way Picasso's art was a different form of art we'd been accustomed to in the past, you have to accept it."

He continued: "But I don't consider the association of dancehall with the type of lifestyle that it is associated with (wrapped up with narcotics, macho gun-slinging and things like that) is a healthy one. Because music is a very powerful weapon of communication and to the extent that music is used to convey a value system that is not acceptable to the community then, dancehall, in doing so, lionising murder, and lionising anti-sexual behaviour, is not doing the society any good."

How often in dealing with situations in Tivoli Gardens or in electio-neering has his life been threatened?

"What in your entire life was the most frightening experience that you've ever had?" I asked. He said: "I don't know that I can give you an answer to that because it might sound odd to you if I say so, but I have to tell you what I feel. And that is I don't get frightened. I suppose if something actually threatened my life to the point where it was confronting me, there might be an element of fright but I just have not ever been really frightened. That was the reason I was able to be successful in West Kingston because the people saw in me great courage. That was what they wanted, to be able to be sure that they were protected."