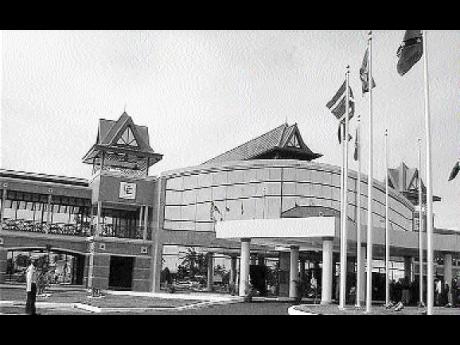 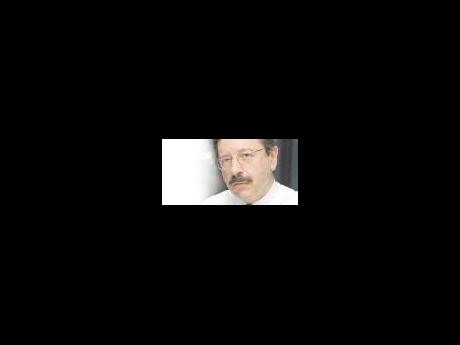 Is the Doha round dead? That is a question that few want to ask or answer, not least because of what it implies about changing global relationships.

Although the diplomats and trade negotiators continue to meet in Geneva and some trade ministers cautiously call for progress, the political will no longer seems to exist to agree an all-embracing global trade agreement any time soon.

The consensus that freer and freer trade was good for the world, would lead to limitless growth and would benefit rich and poor alike has all but evaporated.

Also fading is confidence in the belief that it is possible to achieve common agreement on intractable global issues.

From the inability to halt nuclear proliferation, through the desire of world powers to find a basis on which to ease tensions in the Middle East, to the failure to agree in Copenhagen a binding approach towards climate change, there is a sense that the short period of unipolarity during which Washington tried with Europe and other developed nations to drive a global consensus, is at an end.

For those who follow these matters, the 2010 World Economic Forum held in the Swiss mountain resort of Davos was a bellwether, making clear the new uncertainty that prevails.

Whereas in previous years participants from a politically diverse range of nations, industries and backgrounds began their exchanges from the premise that economic globalisation was either desirable or unstoppable, the message this year was very different.

According to those who attended, there was no clear sense of where the world was headed. Instead, uncertainty prevailed.

Those from the US, Europe and other economies struggling to finance huge budgetary deficits, having to address growing levels of unemployment, and who were seeing their power erode, were less certain in their embrace of a freewheeling, expansionary global market.

Their thoughts were more on aspects of protection in the face of state capitalism and China's inexorable rise.

In contrast, some of the emerging and less globally exposed economies in the Far East and Latin America that had come virtually unscathed through the recession to experience rapid growth, were more sanguine about where freer trade might lead them.

This new thinking has occurred primarily in response to a realisation that the economic balance of power has changed.

Many at the highest levels in the West now recognise that the near collapse of the world's leading economies in 2008 as a result of the actions by their reckless and largely unregulated financial institutions, the uncontrollable speculation in food and energy, and consequent borrowings on a massive scale, have resulted in the transfer of power to those to whom they are most indebted.

If this sense persists and comes to drive policy, the message for the Anglophone Caribbean is profound.

The world will break into new and more fluid alliances and international networks. Regions will forge political and economic relations with other regions where there is economic and political compli-mentarity; new strategic and trade relationships will emerge; and the desire for multilateral solutions will be set aside perhaps for decades.

In the absence of a strong regional integration process with a sense of direction, these changes suggest that the Caribbean, lying as it does in every sense between the southern and northern world, could as before, find itself torn between competing external interests as its economies struggle to recover and indebtedness grows.

However, unlike the situation that prevailed during the Cold War, there are now many new cross-cutting influences: the emergence of Latin America and Brazil as an alternate pole in the hemisphere and the wider world; Venezuela's willing-ness to support all Caribbean economies; the growing interest of China in a deeper regional relationship; Canada's steady but quiet interest; and a decline in US and European interest in issues other than where they relate directly or indirectly to their own security.

Responding will be challenging and no more so than in the case of Europe where the commitments the region has made look increasingly less relevant to the way in which the world is changing.

In terms of trade, the Caribbean before long will have to begin implementing its now almost forgotten Economic Partnership Agreement with Europe. It has accepted through an agreement in Geneva a basis on which its remaining preference on bananas, sugar and rum will erode, whether there is a multilateral agreement or not at the World Trade Organisation, and embarked on a review of the Cotonou Convention with Europe and the ACP group, with virtually no consultation or strategic sense of how a future ACP relationship might develop.

All of which is happening as Europe is moving rapidly to cement a number of bi-regional association agreements with Mercosur, with Central America and with Peru and Colombia that offer them a rapid transition towards free trade and an improved political and economic dialogue.

This month, there will bean important summit that the Caribbean is expected to attend.

It may not seem significant to the person in the street, but it points to a long-term strategic opportunity and to finding a different way to relate to a changing world.

As Jamaica, Guyana and others in CARICOM have recognised, the Rio group has become the most important hemispheric mechanism for con-sultation, potentially offering a basis for establishing an organisation of Latin American and Caribbean states.

The meeting offers a way forward in a changing world in which the influence of the US and Europe is diminishing.

Although full participation in the hemispheric process requires a much deeper commitment to Caribbean integration, the changing balance of global economic power suggests that overtures from Latin neighbours should not be ignored.