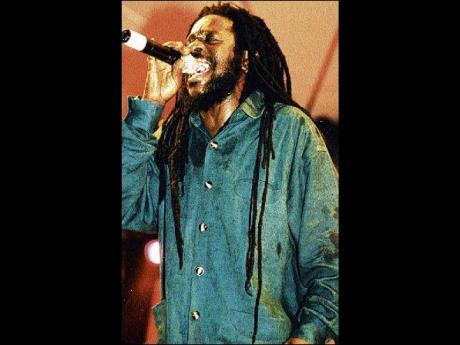 Worrell King has said that while a complete package is required from a closing act, "unfortunately in Jamaica there are not a lot of show people." Among the effective closers King has seen are Capleton, Ras Moses (Beenie Man's alternate persona, which he has presented on Western Consciousness and Rebel Salute), Buju Banton, Luciano and Cocoa Tea. He was also at a Reggae Sumfest when John Holt put on a closing show that had persons leaving turning back to see him. Sizzla is on his wish list for this year, King saying, "the best thing that could ever happen to Western Consciousness this year (on April 24 at Paradise Park, just outside Savanna-la-Mar, Westmoreland) would be Sizzla doing his hit songs and closing."

According to Sting organiser Isaiah Laing, 'King of the Dancehall' Beenie Man can close any type of event and keep the crowd happy. "Is like the people dem just love him. Beenie Man, when he walks on a stage you feel the energy that the people work with and he feeds off them," he said. Outside of Beenie Man, Laing said Bounty Killer had a memorable closing performance at Sting in 1996. He said Bounty Killer gave a "scintillating" performance, where no one in the venue left until he had finished and walked off the stage.

Reggae Month 2010 began officially at midnight on February 1 with the cutting of Dennis Brown's birthday cake at a street concert on Orange Street, downtown Kingston. The Crown Prince of Reggae was the perennial Reggae Sunsplash closer. Bass player Lloyd Parkes of Lloyd Parkes and We The People, who was Brown's musical director, was there for them in the over two decades he toured with Brown. He remembers one closing performance in particular.

"Dennis Brown is full of surprises. Him always have something up him sleeve. That particular show they were talking about Frankie Paul. Frankie Paul came before him and people were saying he did one of his best performances ever. Him play the keyboard, do everything.

Everybody was saying what Dennis going to do now," Parkes said. He went to Brown backstage and told him what the producers and promoters in the audience were saying. Brown took off his shirt, slapped his chest and said, "no threat!"

"And, trust me, when Dennis came onstage and start and there was encore and encore, all the promoters and producers who were saying he had to watch it, I don't see them," Parkes said.

Parkes puts Brown's show-closing effectiveness down to his repertoire and performing ability. He never heard Brown complain about closing or saying he wanted to perform earlier on all the tours they did. "It was really fun and it took me all over the world," Parkes said. "He is one of the best show closers."

For his annual Bob Marley Birthday Bash, 'Kubba' Pringle named Capleton as the best closer. On other shows it is Beenie Man, putting the distinction down to "different kind of fire".