Confidence in the people 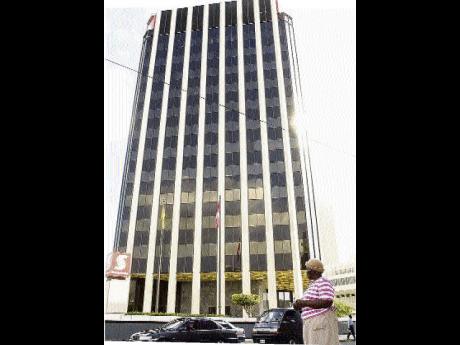 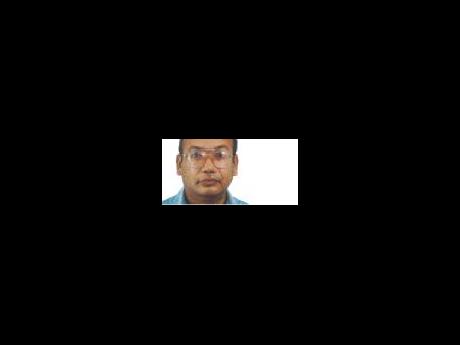 Jamaica has had a long history of very able and sometimes excellent finance ministers - the best the region has produced. They go back to Donald Sangster, Noel Nethersole, Vernon Arnett, David Coore, Edward Seaga and Omar Davies. They built up our international reputation and kept us in the international private and public markets ever since we applied for our first World Bank loan around 1950. They kept us solvent and safe from default even in our darkest periods. Right up to 2007, our international bond offers of 30 years-plus were being oversubscribed.

However, by July 2009, the prime minister sensed enough nervousness to seek to assure the private sector that the Government would never default. A bare six months after, it did. The international private markets are now closed to us. We have no choice now but to go to the International Monetary Fund (IMF) and will face its usual stringent conditions. The Government has decided it will not pay interest to Jamaicans and anyone who invested in Jamaican bonds at the rate agreed to for the time agreed, and it will not give anyone back their money until a time it has decided. This sort of thing doesn't only happen in totalitarian dictatorships. It happens in capitalist 'democracies' too.

What people are complaining about is how little they were and are being told about the debt swap, how little time they had to decide or ask questions about it, and the absence of any options to the cold take-it-or-leave-it approach. Banks that had been making super profits have been given a safety net but there is none for people like pensioners. Thus, there is anger at the inequity, if not iniquity, of the so-called swap.

There is anger that the banks have sought to protect themselves, without asking any questions on behalf of their customers, in performance of their fiduciary responsibilities to those customers. There is a sense of injustice about paying for the debts incurred by Government from its own misreading of the financial crisis. There is ignorance and confusion because of the marginalisation of Parliament in the discussions of debt management, the secrecy over the promises made to the IMF, the private meetings and dealings behind closed doors with bankers and the threats by the minister of finance of punitive measures should anyone not subscribe to 'his' plan.

The Government and its banking allies seem more intent on winning the confidence of the IMF than that of the Jamaican people. Yet, the Jamaican people are really their best customers. The Government has kept information from the Opposition too. But the Opposition is the alternative government. The people and the Opposition have raised many questions inside and outside of Parliament. People still need answers to these questions in order to know how they can make the best of a situation gone terribly wrong.

WE NEED TO KNOW

Banks that have made super profits have been protected under the JDX, but not pensioners.

We need to know if this debt strategy was an IMF plan or a Jamaican one. If it were the latter, we would know that we have the ownership right to improve on it. We have bright enough people here. We only need to get them in the right positions and hold them in our confidence. I don't believe government alone knows best. I don't believe the IMF does either. So, if it is an IMF plan, we would at least know that we should monitor it closely so that we can keep renegotiating it to build back our confidence in the financial market as soon as we can because we badly need to.

We need to know why we were not given the choice of taking our money out now, even at the new lower rate, especially on a needs basis, or at the original rate on condition of reinvesting it at the new lower rate? Why couldn't we have been allowed early withdrawal with a pre-agreed penalty? After all, some people might want to invest in a taxi, stock a shop, set up a factory or invest in real estate. Aren't the lower interest rates supposed to encourage productive investments and expand the economy? The freeze on people's investments (along with the freeze on salaries) strangely defeats this purpose.

Why were there not different rates for different maturity dates, even within a narrow band at the lower rates for all investors alike, as I thought would have been the case? Why couldn't pensioners have been exempted from the extended maturity schedule or allowed to exit the arrangement without penalty? Where are they to get their emergency funds now? The debt swap had no voluntary element for opting in or opting out. The banks got to lock in and milk customers' money over a longer period and the Government got to pay them less for it. It seems mutually satisfactory to the banks and to Government. That's where the swap lies. There is nothing for the investors.

no protection for people

For example, a fund was set up as a safety net for banks to protect them from failure but none for individuals, not even pensioners. At any rate, what happens to the banks and everybody else if the period or the funds run out and solvency issues arise after? Do the banks and their depositors know the vulnerabilities they face?

Was a simulation done at all and how did the Government (or IMF) come up with the 12.8 per cent rate being imposed in the first place? Without an explanation, this rate appears quite arbitrary. Why, in fact, should we trust any simulated model when Government has consistently failed to properly model the economy and meet its targets over the last two years? How can we, therefore, trust any of its models of the future?

Our governors now have a far way to go to win back the confidence of the people. A very angry pensioner wrote to me to express the voice he had not been given. It was the way the whole thing was done that angered him. The country was told that people had accepted the swap voluntarily. They had no choice. He felt deceived. Government, he charged, had been borrowing money from Jamaicans probably knowing very well that it would default. He can no longer rely on the expected interest needed to supplement his $20,000 a month pension.

All his life this pensioner had been told investments in government bonds were safe. Late in life, when he needs safe investments more than ever, he finds this not to be true anymore. The debt swap is not a success, not for thousands like him, he said. He called the minister of finance a 'liar' for saying so. "I wish I could get my principal back now," he said, "In case of illness or something like that." He swears he will burn his money rather than trusting it to government again. That is the confidence that the Government has lost.

Banks should be held accountable too. Shareholder democracy means that people do not have to rely on Parliament alone for answers. They can attend their shareholder meetings and get answers from their boards or sack them if they are not happy when the next financial reports are published.