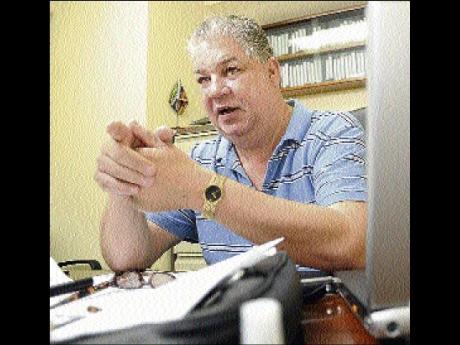 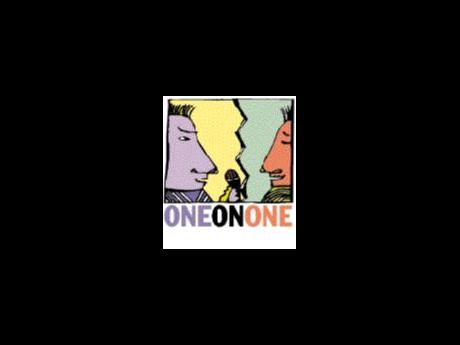 Chris Armond ... from a family with a proud tradition of service to the racing industry in Jamaica. - Ricardo Makyn/Staff Photographer

The name Chris Armond is synonymous with racing like none other in this country.

Armond, 54, hails from a family with a proud tradition of service to the racing industry in Jamaica.

His father, Joseph Armond, and grandfather, Altamont Armond, both renowned racing administrators, have been inducted into the Hall of Fame of Thoroughbred Racing in Jamaica.

Chris Armond's contribution to the development of racing at Caymanas Park for over three decades is well documented.

After leaving Campion College in 1969 he went straight into racing, hooking up with top trainer Arthur Shape as an assistant for one year before moving to the stables of Dennis Sasso, where he continued his 'education' in racing.

Although his intention was to become a trainer in those early years, Armond says he was never paid and this forced him to seek a real job.

Next stop was Caymanas Park Limited where he worked closely with track and property manager Freddie Jobson, who was track announcer on racedays. He also assisted his father, then managing director of the promoting company, in the racing division.

Chris was soon calling races at Caymanas Park. He was to find his true calling when Lindy Delapenha, then head of the JBC Sports Department, hired him as a racing commentator on radio. He changed the tone and style of race-by-race commentary for years, influencing the likes of Brian 'Spuddy' Rickman, now regarded as an all-time favourite.

In an administrative capacity, Armond, the brother of Chalice rhythm guitarist and songwriter Wayne Armond, served the promoting company as clerk of the course, racing secretary, director of racing and promotions in the early '90s, after he was brought back to Jamaica by the new CTL chairman Danny Melville in 1989 (from Detroit racetrack in the United States where he was a racing commentator) to spearhead the racing product. When he resigned from the company in April 1998, Armond was vice-president of racing, promotions and public relations - the tsar of local racing.

During the '90s, Armond presided over a period of unprecedented growth and stability in the racing industry, thanks in no small measure to his flair for marketing and promotion, not to mention his vision. He was the man responsible for the implementation of simulcast racing from North America, the introduction of a range of exotic bets, increased sponsorship for races, introduction of the None Such/Horse of the Year awards dinner, streamlining of the OTBs and, of course, the successful implementation of the claiming system in January, 1993.

Chris returned to Jamaica and CTL a year ago. He was appointed a director of the new board by the minister in charge of the racing industry, Senator Don Wehby, who also named him chairman of the Advisory Council.

Armond, who was recently appointed director of marketing, is a former president of the West Indian Thoroughbred Racing Association (WITRA). One-on-One recently caught up with the father of a 20-year-old son, Jordon, who is currently studying music at Elmhurst College in Chicago.

Q: Since coming back to Jamaica a year now, how much has racing changed since the boom period of the '90s?

Chris Armond: Given the tough economic climate caused by the global recession, the challenges are many today. The landscape has changed in that the gaming industry has expanded significantly and there is now a lot more competition for the betting dollar.

When racing took off under the Danny Melville board in the '90s, coming out of the instability of the'80s, we started with a new state-of-the-art totalisator system at Caymanas Park, no competition from the lottos and a lot of goodwill. The industry benefited and racing reached unprecedented heights.

Last year, the new CTL board was charged by Minister Wehby to find new and innovative ways to improve the revenue inflows to the company. What are the prospects of doing so this year?

I think we have laid the groundwork in 2009 to move forward this year, but it is going to take some real commitment and engagement. We are in the process of seeking partners to upgrade our totalisator system, which is 20 years old.

We have put out tenders and got responses. The product has got to be diversified, so we are also looking seriously at slot machines as we await the pending legislation to be passed. We have invited bids and you will hear more about this later in the year. Of course, there are other areas in which we are seeking partnerships, including increased corporate sponsorship of racing, which saw a marked improvement last year with Amalgamated Distributors Limited coming on stream for Superstakes Day.

What's your thoughts on Sunday racing?

It would have been a tremendous success and a great asset for the industry. I'm hoping it will come back in its proper format.

As president of WITRA, what did you do in that capacity to promote Caribbean racing integration?

Due to the high cost for the transportation of horses by air over the years, WITRA could not attain many of its goals The one plus was that we were able in the mid-'90s to bring together the chief government veterinary officers of Trinidad & Tobago, Barbados and Jamaica to look at the quarantine policies of moving horses around the region and importing horses from North America and Europe to the region.

Each country had a different set of quarantine regulations with regard to the movement of horses. We were able to get them to regularise the whole process and Jamaica's own Dr St Aubyn Bartlett (chief vet at the Jamaica Racing Commission and member of parliament) assisted greatly in that effort.

Do you think the claiming system you conceived and implemented in 1993 has served its purpose?

Absolutely! I'm not saying it cannot be looked at and improved, but the claiming system is as relevant today as it was in the '90s.

You have worked extensively in Jamaica, Trinidad and Barbados. How would compare the standard of racing here to T&T and Barbados?

Trinidad has nothing over us. When you compare it today, Jamaica's racing is ahead in terms of how it is organised. A lot of services that are required for the running of races in Trinidad and Barbados are voluntary services. Stewards, for instance, are not full-time employees. When I worked in both countries, I was able to increase the handle (sales) by changing some of the ways things were done.

Funding of racing in Trinidad relies heavily on taxes paid by the bookmakers. In Barbados, they operated a lottery monopoly and from the proceeds, were able to offer the best purses, in the region by far, resulting in a mass influx of horses from Trinidad to Barbados for better-paying purses due to funding from the scratch and win lottery. Without that, there would be very limited or no racing at all in these countries.

Who has been your favourite horse at Caymanas Park over the years?

I didn't get to see Miracle Man, so I would have to go with Legal Light, who was 'Horse of the Year' in 1978 and 1979. He was not only durable but a genuine crowd puller. He used to give away lumps of weight to 'A1' opponents and beat them. And when he was sidelined for months at one stage due to injury, horses like Reca and Arizona, who he used to successfully give weight, beat the rest by giving them lumps of weight in his absence.

Although the records show that Wayne DaCosta has been the dominant trainer in recent years, I would have to go with 14-time champion Philip Feanny.

What are your hobbies?

I'm an avid sports fan. I enjoy equestrian sports like polo and showjumping, playing dominoes, watching the NBA, NFL, golf and tennis on television, watching movies and spending time in the rural areas.