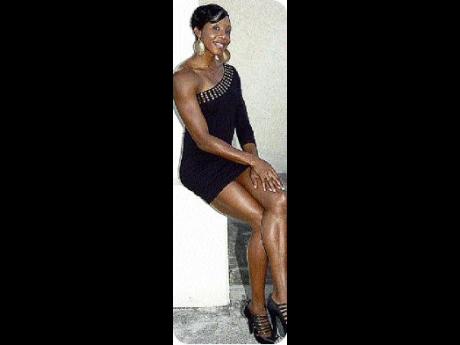 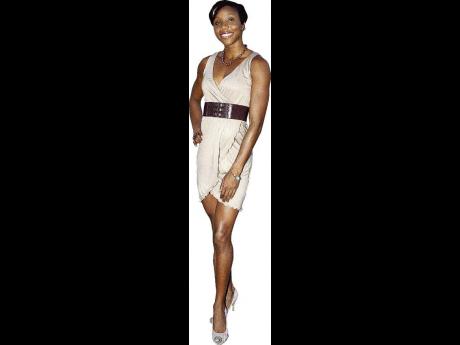 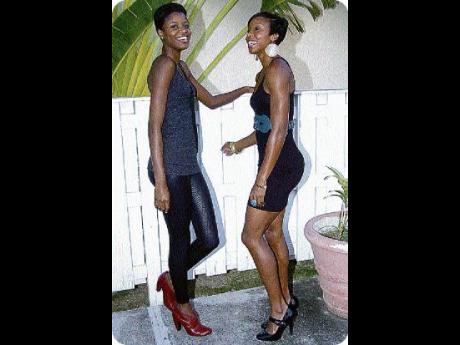 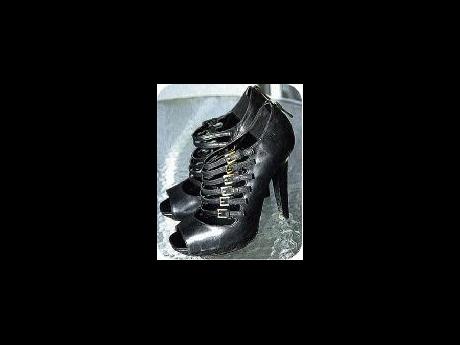 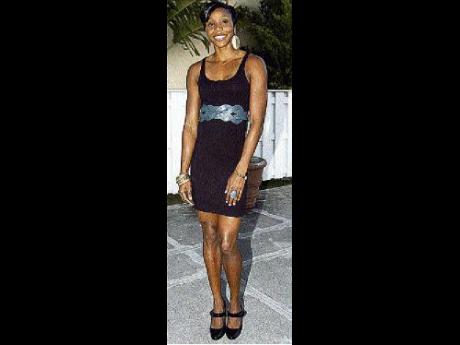 When she is not blazing the track, Olympic 100-metre silver medallist Sherone Simpson is usually far away from the crowd, living in her own little cocoon surrounded by close friends and family.

Of late, however, she has begun to break out of her shell, turning heads with her eye-catching style and electric smile, like a beautiful butterfly emerging in all its glory. Recently, the petite sprinter, who is a member of the MVP Track Club, showed up in Richmond Estates in St. Ann for the Usain Bolt 9.58 party rocking a sexy, black mini dress and five-inch heels. Two weeks later, she stunned onlookers again in a lovely tan, wrap dress with matching pumps, at the Night of Tracks Concert staged by the Asafa Powell Foundation at the National Indoor Sports Arena.

But while she gets admiring glances, it is her sister Nicolette Simpson who has made it all possible. "I have always had an eye for fashion. I love, love, love it," said the 23-year-old University of the West Indies graduate. Nico, as she is affectionately known, holds a degree in Language and Communication but her heart is in fashion.

Standing at 5 foot 11, and weighing about 120 pounds, the statuesque younger sister to the 2006 Commonwealth 200-metre champion, once modelled for the Pulse modelling agency but left because she said "it wasn't working out for her". She now freelances and spends much of her time being a fashion consultant for her family and close friends.

She said she first recognised that she had an eye for fashion when friends and family members would ask for advice on what colours to team and other fashion advice. "If I am sleeping and my brothers are going out, they wake me up and ask, 'Nico, you think this can go with this ... ?"

Because her elder sister, the world-famous athlete, is always on the go, Nico says she naturally became Sherone's buyer and stylist. "She would just say 'Nico, I am going to such and such a function, just get something for me to wear', and I'll know what to put together," she says. "I buy all her clothes, so I have an idea of what she has. I always ensure that she always goes out looking good."

That being said, it is not easy buying clothes for the sprinter. Sherone's very toned body presents a challenge for the younger Simpson, that plus Sherone is a very conservative dresser. "Most of the time it's like pulling teeth to try to get Sherone to wear something that is in style," Nico said, her face opening into a brilliant smile.

Nicole notes that Sherone loves dresses and leggings and wears her dresses mid-thigh, except when she is attending a formal event. "She doesn't wear short clothes. She will not wear a short dress. The other day I bought her a short dress and she wouldn't wear it; I cannot wear it because I am taller than her, so that was a waste because she will not step out wearing an extra-short dress." Nico recently bought a pair of five-inch sandals for her big sister that she reluctantly wore to the Bolt 9.58 Party, and she got so many compliments that she loved it.

Nico reveals that working with Sherone on her styling is helping her big sister to be more fashion conscious. "I have been forcing her to step out of the box. That pair of shoes I bought for her, had I bought them last year, she would have asked, 'where are you going with that'," she said. "Sherone has been going out more, and that has forced her to step up her game. Formerly, she always looked cute but there was no 'wow' factor; but now, people are taking a second look."

The former model also reveals that her big sister has even taken a greater interest in makeup. "Normally, she would go out with a little bit of powder and mascara, and that's it. Now, if Sherone is going to the supermarket, she puts on a little eye-shadow, and she has even encouraged me to enrol at the HEART School of Cosmetology, so that she can be professionally made up when she goes out."

For her part, Nico is thinking about a Master's degree in public relations, as she is currently unemployed, but she remains undecided. She does have her eye on the option of using what she practises on her sister to facilitate employment in some form. "It is something that, if I can't get a job, I would definitely wants to get into. Something to do with fashion, hair, makeup," she said. "In the end, I want to do something that I love. If I got a job in the fashion industry, I'd be comfortable, because that is where my passion lies."

Left: Sherone strikes a pose in a fabulous one-shoulder dress and ultra-gorgeous shoes. Right: A hint of colour jazzes up the little black dress. - photos by Winston Sill/ Freelance Photographer