LAWS OF EVE - Can I make a living will? 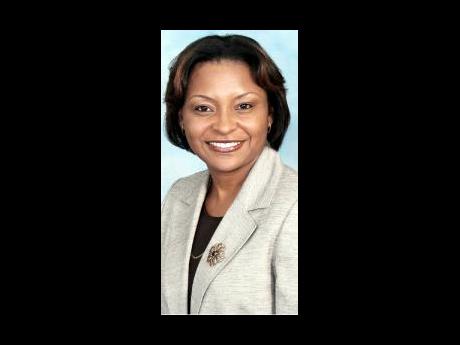 A living will may be defined as a form of advance medical statement or directive, which specifies what types of medical treatment are desired in the event that a person becomes terminally ill or incapacitated. It may be very specific or very general; and the reference to a 'living will' is something of a misnomer, since one of the key characteristics of the commonly known will is that it is a testamentary statement and its provisions take effect upon death, while a living will takes effect while a person is still alive.

There is a significant amount of legal and medical literature on the topic, because the questions of whether the observance of a living will constitutes euthanasia, and whether the person had capacity to make the living will, are relevant to both disciplines.

An appropriate starting point for any discussion regarding living wills would be the Terri Schiavo case. Terri was plunged into a vegetative state after suffering a heart attack in 1990, and she remained on artificial life support for 15 years until March 18, 2005 when, in keeping with an order of the Florida Circuit Court, her feeding tube was removed.

Prior to Terri's death, debates raged as to whether her feeding tube should be removed, and the most compelling question was, "What would Terri have wanted?" Would she have desired to remain on artificial life-sustaining measures, or would she have wanted to have the feeding tube removed? Despite the fact that legislation in Florida would have permitted Terri to prepare a living will, she had not done so. In effect, her loved ones faced the dilemma of having to make the decision for her.

The sad reality is that Terri's case is not unique, because there are reported judgements about similar situations outside of America, from which it is clear that the law remains unsettled. Even where there are statutes which give validity to living wills, each case must be decided on the basis of its own peculiar facts, and care is taken to ensure that the living will still represents the person's wishes at the time the decision to prolong the person's life has to be made.

In one English case, HE v A Hospital NHS Trust, the court was asked to determine whether a life-saving blood transfusion could be administered to a young woman who was unconscious. She had a congenital heart condition and was diagnosed as being very likely to die within hours without a blood transfusion. The young woman had been a Muslim, became a Jehovah's Witness, but expressed a commitment to return to the Muslim faith some months before she fell ill.

Her father's application for a declaration that the blood transfusion could be lawfully administered was granted by the court on a finding that an advance directive did not need to be in writing to be effective. The court accepted evidence that she had made clear her intention to revert to the Muslim faith, and further found that any provision which purported to make an advance directive irrevocable was contrary to public policy and void.

At a court hearing to determine whether an advance directive or living will is valid, the burden of proof rests on the person who is asserting its validity; and such proof must be clear and convincing. If the court is faced with doubt as to whether the living will remained in force, the doubt would have to be resolved in favour of the preservation of life.

In Jamaica, there is no legislation governing living wills, so we must continue to look to the English common law for guidance. The cases of HE, Airedale NHS Trust and AK (Adult Patient), indicate the court's willingness to uphold and observe a patient's refusal to consent to medical treatment where that patient was an adult of full capacity. However, the word of caution is audibly sounded - care must be taken to ensure that the patient had full mental capacity at the time the living will was made, and that the statement set out in the living will continues to be the wish of that patient.

The decision will remain a very difficult one, because there are legal, moral, ethical and religious issues to contemplate. Unlike traditional wills which are presumed to have validity once the statutory provisions are adhered to, it is still highly unlikely that living wills will be given effect without the court's intervention.

Sherry-Ann McGregor is partner and mediator with the firm Nunes, Scholefield, DeLeon & Co. Send feedback and questions to lawsofeve@yahoo.com.