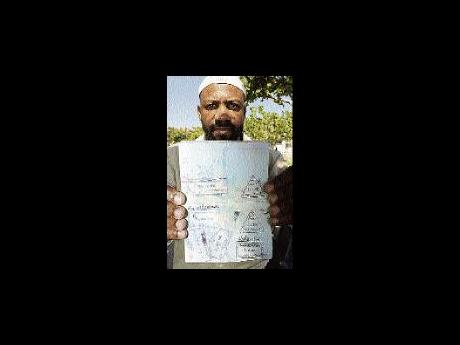 Controversial Muslim cleric Sheikh Abdullah el-Faisal says he will continue his preaching in Jamaica, but promised that his messages will not be divisive.

"I hope my presence will be for good and positive things and not bad and negative things," el-Faisal, who was deported from Kenya to Jamaica more than two weeks ago, told The Gleaner.

"I want to work with the Government and people of Jamaica for the benefit and good of all."

El-Faisal was arrested in Kenya on December 31 after preaching in a mosque there. The Kenyan government said he was taken into custody because his reported links with terrorism made him a serious threat to that country.

Before that, he spent four years in a British jail after being convicted for preaching hate against Americans, Jews and Hindus. He was deported at the end of his sentence in 2007.

However, speaking with The Gleaner recently, el-Faisal, whose mother, brother and sister reside on the island, said he has no immediate plans to leave the country.

"I am resettling in Jamaica and I will try to help the Jamaican society be better ... . I have a duty to help the spiritual upliftment of Jamaica," he said.

Born Trevor William Forrest in St James, el-Faisal yesterday said he was expecting to meet with the Islamic Council of Jamaica within 24 hours to discuss a range of issues.

He said one of his desires was to apologise to members of the local Muslim community who were angered by his decision to go to Kenya.

"It was not a wise decision to go to Kenya," he said.

After several attempts, el-Faisal was deported on January 21. When he arrived in the island, he was quizzed by Special Branch investigators for nearly an hour.

One investigator made it clear that he has not broken any laws here, but said the police want to make sure they know where and how to find him in light of all the international attention he has received.