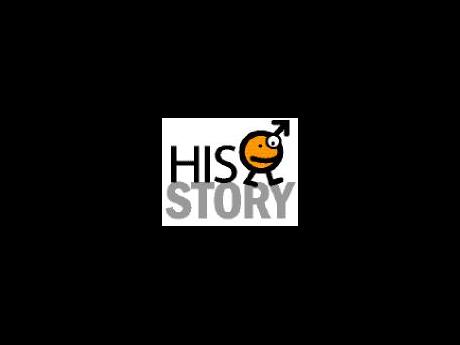 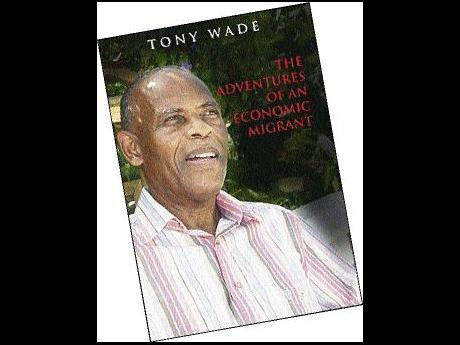 When Tony Wade, full of ambition, arrived in England in 1954, he had gone to get training in public administration, after which he would return to his native Montserrat. However, he was appalled at the subhuman conditions under which he and other migrants were to live. The situation was a devastating introduction to life for black people in the 'motherland'.

Two days after his arrival, he started working in a kitchen, loading and unloading crockery from a conveyor belt. After the initial cultural shock and confrontations with blatant racism, he bought his own house and enrolled in college to gain credentials to work in the public service. Yet, a career in that sector for him was not to be.

While working in the accounts department of Weston Smart, a men's wear retail chain, Wade was smitten by the desire to start his own business. Personal conviction of success and favourable feedback from his superiors could not keep him at his desk at Weston Smart. He left to start his own business, a trading company called Carib Services, which doesn't take up much space in the annals of black businesses in Britain.

He was invited by his friends, Jamaicans Len Dyke and Dudley Dryden, to join their company, Dyke and Dryden, a popular distribution entity whose main business was the sale of records from Jamaica. In June 1968, Wade, now owning 33 per cent of the equity, went on-board as company secretary and director of Dyke and Dryden Limited. This move turned out to be a watershed for the development of black businesses in the United Kingdom (UK).

With all the legalities out of the way, it was now time for stocktaking, mental and otherwise. An audit was done, and it was found that there were too many records in stock, and not enough cosmetics, hair products and wigs, which were in greater demand. Wade wanted to satisfy this need.

In The Adventures of an Economic Migrant (the latest of Tony Wade's three books), he writes, "I knew that there was a huge demand within the black community for black hair and skin beauty products and I saw the opportunity of taking advantage of the gap that existed in the market."

However, the advisors and accountants from the old partnership warned Wade against investing his money in cosmetics and hair products.

Wade made it fundamentally clear to them he had the right to invest his money in whatever way he wanted to. Moreover, he didn't understand the record business, and his friends were not doing too well either. They accepted Wade's recommendations, and the entire stock of records was sent up in flames by way of a 'fire sale'.

The partying was over; time for serious business. Forty-three West Green Road, north London, was now mainly concentrating on retailing hair and skin products for non-Caucasian people. Black customers from near and far flocked to Dyke and Dryden Limited. Finally, there was a store catering to their needs. The business was now poised for take-off.

Nevertheless, Wade, the owner of a shrewd business mind, did not get uppity and lock himself away in some ornate office. He got down to the floor, instead.

"The shop floor is the place for information gathering, for product testing, for sampling and feedback, for getting to know your customers, earning their respect and, in fact, the front line where the real action is," Wade writes in How They Made a Million - The Dyke and Dryden Story.

It turned out the action was too much for West Green Road. Another shop was needed. One was identified in Ridley Road Market, Hackney, but racism was to show its unsightly countenance once more. It was a Jewish friend, Harry Lester, who leased the property for Dyke and Dryden Ltd. Upon his retirement, Lester sold them the leases for his two adjoining shops. Their customers were ecstatic; however, Dyke and Dryden Ltd was the only black-owned business in that market, so "it was in a way a very lonely place".

The progressive entrepreneurs suffered much insult and abuse at that location, and their shops were regularly damaged. They persevered, but their biggest antagonist yet, British Rail (BR), which was waiting in the wings of malice, entered the scene to make a very strange request. They wanted the spot on which Dyke and Dryden Ltd's shops were located in Ridley Road Market to establish a train station.

The stage was set for an unprecedented showdown, worthy of a Hollywood script.

Wade: "We questioned the logic of this and could get no reasoned answer, and could not help concluding that this smelled like institutional racism. We decided to fight it, well aware it was like David taking on Goliath."

Though the Market Traders' Association gave them no tangible support, their friends and customers were right behind them. Thousands of petitions were sent to the Hackney Council, which would have to give permission for the construction of the station. Dryden, who was vice-chairman of the Hackney Race Relations Council, got Bob Blackman, then leader of the council, to come on-board.

BR was, however, unrelenting. Dyke and Dryden Ltd had to go. Other premises outside the market were suggested by BR. They were found to be unsatisfactory, and the offers were refused after much contemplation.

According to Wade, "The matter then proceeded to tribunal, where the council rejected planning permission and, with solid support across the borough, we eventually won the day."

The business was now much bigger and Wade had too much to do. Shedding some of his responsibilities became necessary, and so the day-to-day management of the stores fell on to the head and shoulders of Elsa Robinson, a professional hairdresser. Her technical knowledge of haircare and her ability to effectively communicate with customers were what the doctor ordered, and sales were good.

Another five stores at various London locations and a unit in Birmingham were subsequently opened. But the customers wanted a variety of products. Dyke and Dryden Ltd listened, and Dryden was put in charge of diversifying the stock. This was critical, since white shoppers who wanted to support the business complained that it wasn't stocking anything for them.

Wade said, "Catering for the general market after our own initial experiment became standard company policy within limits of affordability without being to the detriment of our core business. This policy was extended to all our outlets."

The outlets buzzed with other activities, such as the sale of airline tickets to the Caribbean through Dyke and Dryden Travel. They were meeting places for community-based groups. There were also outreach efforts and financial contributions to various organisations. The Miss Dyke and Dryden beauty contest and ball became a must-go-to calendar event, with the company sponsoring several of the contestants.

Wade: "These events were for the company, priceless marketing opportunities in branding and product exposure, which significantly did much in building its reputation."

And what a name Dyke and Dryden Ltd was making for itself. The three friends from the Caribbean had given a new face to good corporate citizenship and the black community in London was all for the better.

Next week: Dyke and Dryden Limited picks up more steam.