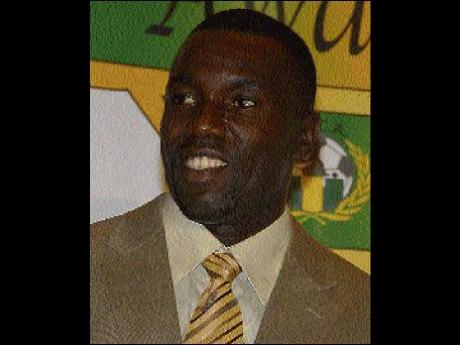 Well, from plane to bus, travel they did, from approximately 1 p.m. Saturday afternoon in Kingston, Jamaica to Mar Del Plata, Argentina, where the Jamaican delegation arrived at its hotel base a few minutes after 7 p.m. (5 p.m. Jamaica time) yesterday.

The first part of the journey was easy - a 75-minute flight to Miami for the group that travelled in two parts. Then followed a layover in Miami; near three hours for the first set and just over six for the others.

Then followed a nine-hour flight straight back over the heart of Kingston, down south to the Argentine capital city, Buenos Aires, where the groups were received at the Argentina Football Association (AFA) for a brief respite. By then, Dane Richards had arrived, last man in, after making the trip from his New York-based MLS club, New York Red Bulls.

Rest, relaxation and a pep talk before meal from Captain Horace Burrell, the president of the Jamaica Football Federation (JFF), helped set the tone.

Burrell noted the significance of the upcoming clash on Wednesday - a real Goliath vs David showdown between the Boyz, ranked at 78th, and the powerful South Americans, ranked eighth in the world.

Even though both countries will not be fielding their strongest units, Burrell pointed to the fact that tickets for the 35,000-40,000 venue had been sold out and game-time had been shifted from 9 p.m. (7 pm. local time) to 10:30 p.m. (8:30 pm local time) to facilitate parliamentarians, to show how seriously the homesters were taking the match.

As such, he warned his Boyz to "take the game very seriously".

Such a lecture, though brief, fit perfectly into the modus operandi of head coach Theodore Whitmore - a real no-nonsense person when it comes to preparation.

Getting down to business

A five-hour bus ride took the Reggae Boyz from Buenos Aires to Mar Del Plata, where after a near one-hour respite, Whitmore got right down to business with his charges in a training session.

"We'll do a light training session this afternoon, then get started tomorrow for the game on Wednesday," the coach pointed out.

"After a long flight and long drive, it is very important to get the players to do some light work because they won't go to sleep right now, so an extra 45 minutes to an hour won't do them any harm," he explained further.

"Right now it's just light stretching, get them to snack and relax and then find out what all this travelling did to them."

They do not have much time, with today and tomorrow being the only days available to fine-tune for Wednesday's big match.

"It's a very serious game," said Whitmore. "It's a measuring stick for where we are and where we want to be. We have the players here now and it's just for them to deliver on the day."